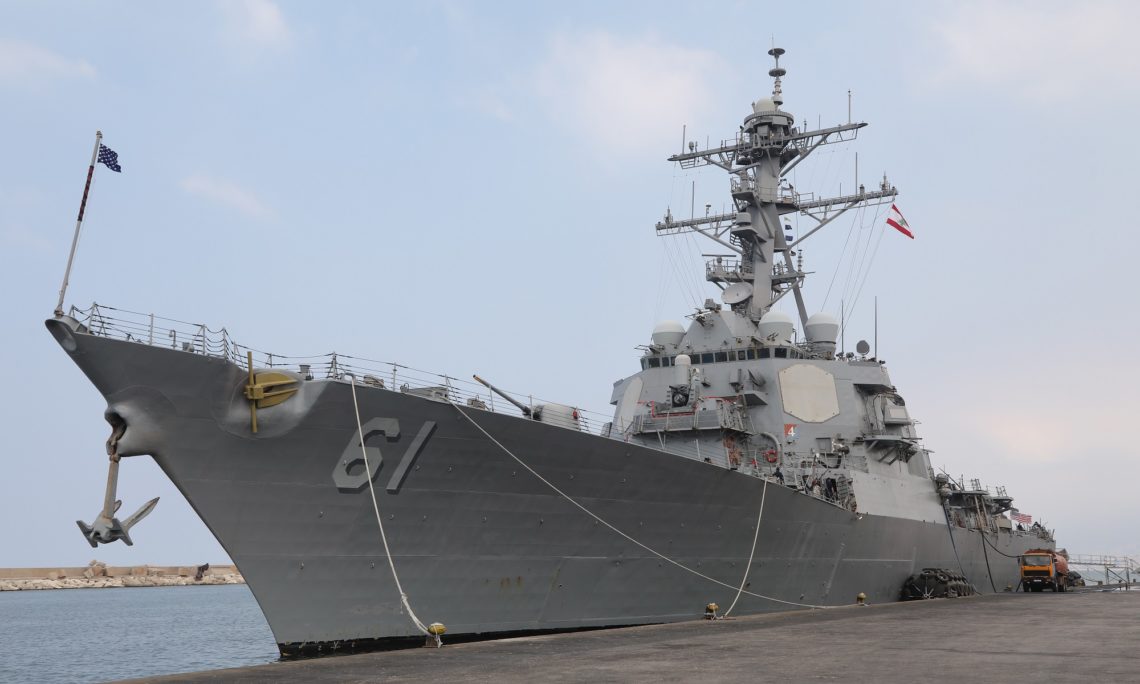 Good evening everyone.   Dear Ministers, Members of Parliament, Military officers, colleagues from the diplomatic community, business leaders, students, and friends – thank you for being with us.

And thank you to Captain Benfield for the warm welcome and for hosting us aboard this impressive vessel.

We’re also glad to have Vice Admiral Malloy back in Beirut to join us.

Perhaps we don’t need speeches tonight.  I think this remarkable U.S. ship docked in this remarkable Lebanese city already speaks volumes about the partnership between the United States and Lebanon.

However, our military relationship is much broader than just equipment, and this ship visit is a wonderful opportunity to reflect on how far our partnership has come.

Thousands of LAF officers have trained with us in the United States, and they are also hosting our U.S military trainers on Lebanese bases, working side by side at all ranks.

We have conducted joint exercises and shared best practices and innovations.  And, yes, the U.S. military is a partner that can bring a ship like this to the port of Beirut, even in the midst of all the maritime challenges and tensions happening in the world right now.

Many of our efforts and joint activities have been focused on land, where the LAF has made important gains in securing its borders and defeating terrorist threats.  But our partnership also extends to the sea.  The LAF has developed plans to improve its naval capabilities, and the U.S.  is strongly supporting those efforts.

We are committed to helping the Lebanese people during a period of very difficult economic challenges.  We are helping strengthen the Lebanese institutions that will defend the country’s sovereignty. And we are helping to anchor Lebanon to the community of democracies, which will safeguard the regional stability and security on which Lebanon’s economic future depends – including – and perhaps especially – at sea.

As the Eastern Mediterranean’s gas resources are developed by countries in the region, and hopefully soon by Lebanon itself, maritime security will only become more important.

As I conclude my remarks about the partnership this ship represents, let me also thank all of you you for your partnership.

The deck of this ship is full of people who are committed to helping Lebanon along a path toward greater sovereignty, prosperity, stability, and peace.  Thank you for joining us on this historic occasion.