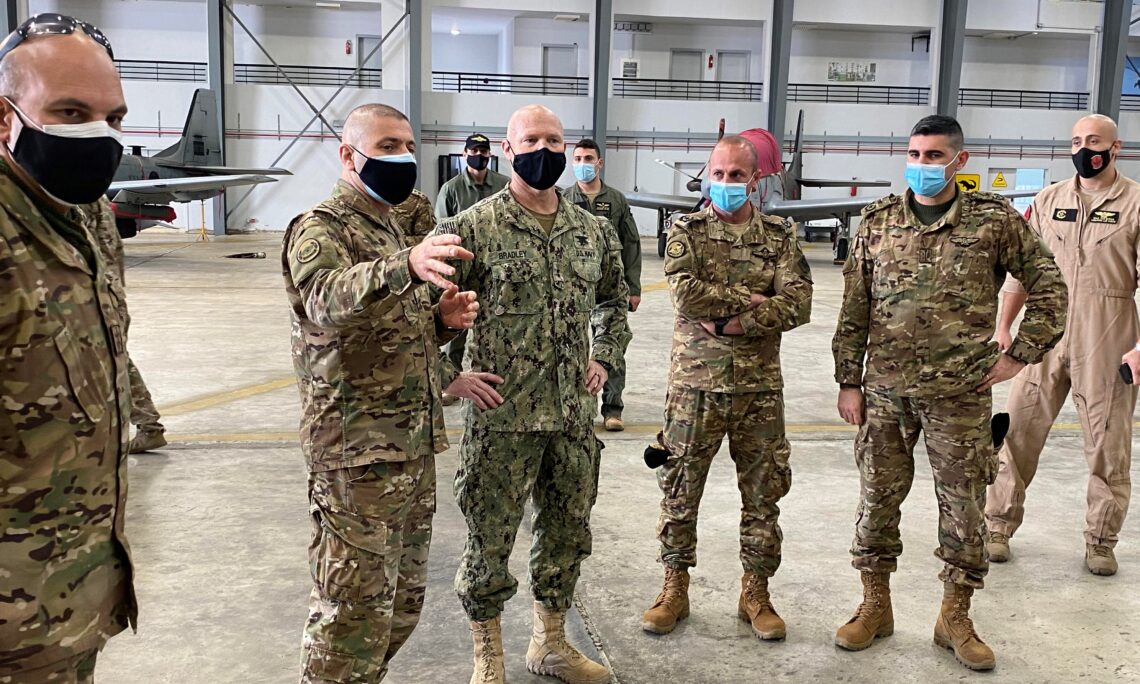 During the visit, Rear Admiral Bradley met with Chief of Defense Joseph Aoun, as well as LAF officials from the Lebanese Special Operations Forces and Air Force.  In these interactions, Rear Admiral Bradley stated, “For many years we have had a strong and enduring relationship with the LAF and their special forces, maintaining this relationship is essential in promoting trust and legitimacy.”

In addition to such high-level visits by senior U.S. military officials, the U.S. Government’s partnership with the LAF also includes donations of equipment and supplies through foreign military funding.  In this regard, in late January, Ambassador Dorothy Shea participated in a small ceremony to commemorate the donation of three Huey II helicopters, highlighting the importance of ongoing cooperation and coordination between the United States and Lebanon, specifically in the defense sector.  The three helicopters, which will form a critical part of the LAF’s border and land security operations, are valued at over $32 million.

Ambassador Shea remarked that the LAF has “worked throughout the last year to respond to the needs of your country and its people,” and that “this highlights your patriotism, self-sacrifice, and service to your fellow citizens, and reflects our shared values.  Precisely because of those values, the United States is proud of our longstanding commitment to the LAF.”  She also noted that “this equipment, like donations we have made before, directly contributes to the professional capabilities of the LAF, ensuring its operational readiness to defend Lebanon and its people.”

Since 2006, United States Government assistance to the LAF has surpassed $2 billion.