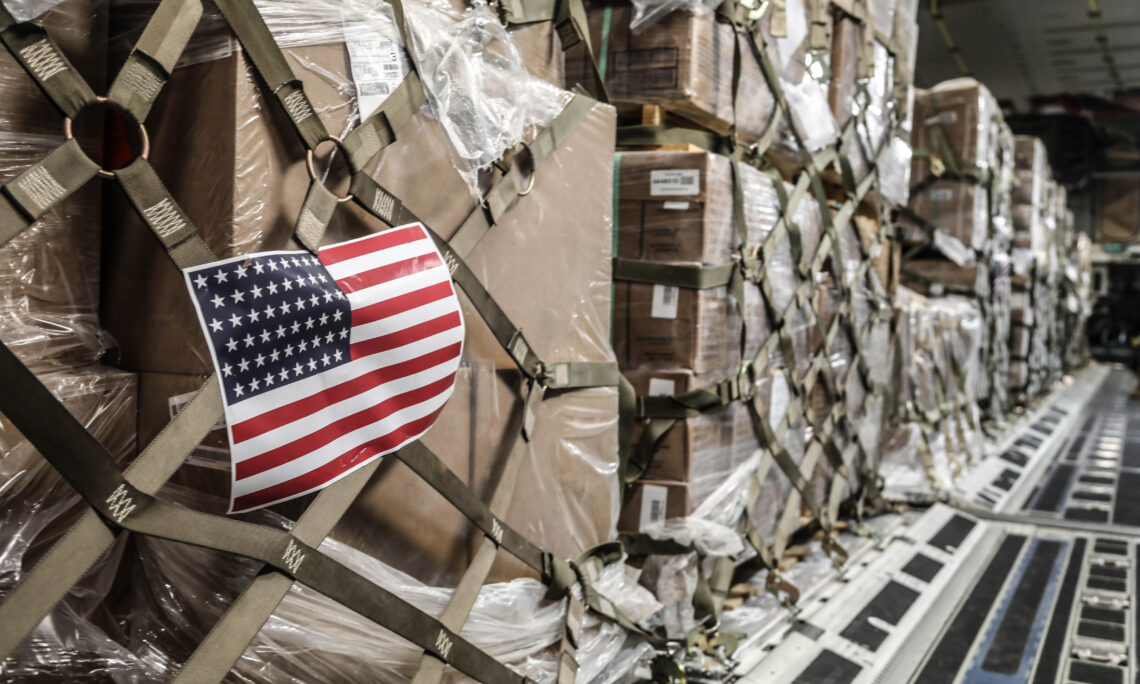 BEIRUT—In response to the horrific tragedy of August 4, the United States has now pledged over $17 million in initial disaster aid for Lebanon, which includes food assistance and medical supplies, as well as financial assistance for the Lebanese Red Cross.  The Embassy expects announcements of additional aid and assistance are forthcoming.

On August 6, 2020, a C-17 U.S. military transport aircraft landed in Beirut carrying the first tranche of the multi-faceted emergency assistance from the United States.  Two additional flights are scheduled to arrive on August 7, 2020, each carrying meals ready to eat (MREs), water, and medical kits, which will be distributed by the Lebanese Armed Forces (LAF).  Additional announcements of U.S. assistance are expected in the coming days.

The U.S. Embassy commends the LAF, in particular the Air Force, which is working tirelessly to coordinate the arrival of much-needed assistance for the people of Lebanon.

On August 6, U.S. Ambassador Dorothy Shea stated:
“The United States continues to stand with the people of Lebanon, especially now, as you respond to the horrific explosion of August 4 and all of the massive destruction it brought.  I am proud to report that the United States has already pledged over $15 million in emergency aid that will be arriving over the coming days, and we expect additional assistance announcements in the very near future.  Now, more than ever, we echo our motto of “in this together.”