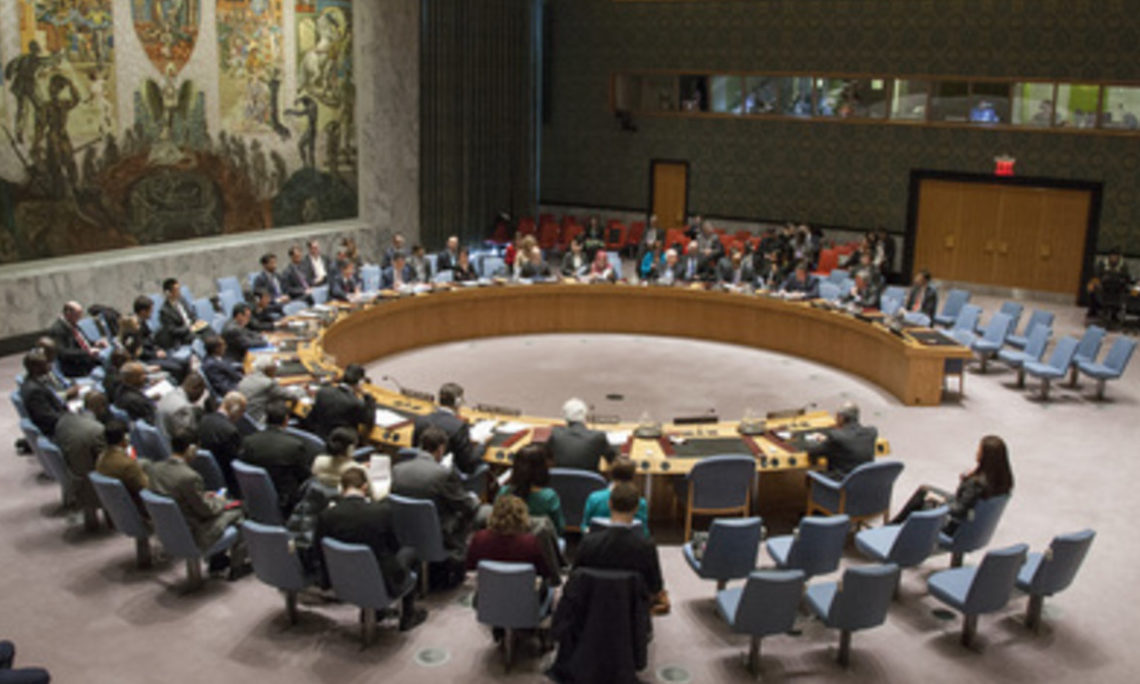 The members of the Security Council welcomed the announcement on 31 January 2019 of the formation of a national unity government in Lebanon, and congratulated Prime Minister Saad Hariri and his Cabinet. They welcomed the nomination of four women in the new government including as Interior Minister for the first time in Lebanon’s history, and encouraged the Lebanese authorities to further pursue efforts in ensuring the full and effective participation of women in Lebanese politics.

They encouraged all of Lebanon’s political leaders to build on this momentum of national unity and to ensure Lebanon’s effective ability to address the pressing security, economic, social and humanitarian challenges facing the country.

The members of the Security Council called upon all Lebanese parties to implement a tangible policy of disassociation from any external conflicts, as an important priority, as spelled out in previous declarations, in particular the 2012 Baabda Declaration. They recalled the importance of implementing relevant UNSC resolutions and previous commitments which require the disarmament of all armed groups in Lebanon so that there will be no weapons or authority in Lebanon other than those of the Lebanese State and called on all Lebanese parties to swiftly resume discussions towards a consensus on a National Defense Strategy. They recalled that the Lebanese Armed Forces (LAF) are the only legitimate armed forces of Lebanon, as enshrined in the Lebanese constitution and in the Taif Agreement.

The members of the Security Council insisted on the urgency of the engagement of the new cabinet in the commitments made during the International Support Group for Lebanon, Rome II and CEDRE conferences, stressing the importance for the new government to implement structural and sectoral reform measures that would enhance investments in Lebanon’s vital infrastructure and services, consistent with the agenda set out during the CEDRE conference.The Security Council also encourages the Lebanese government to uphold their commitment, as expressed at the CEDRE conference, to fight corruption, and to strengthen governance and accountability, which includes public finance management.

The members of the Security Council called on the international community, including international organizations, to ensure continued support to Lebanon in addressing the security, economic and humanitarian challenges facing the country.