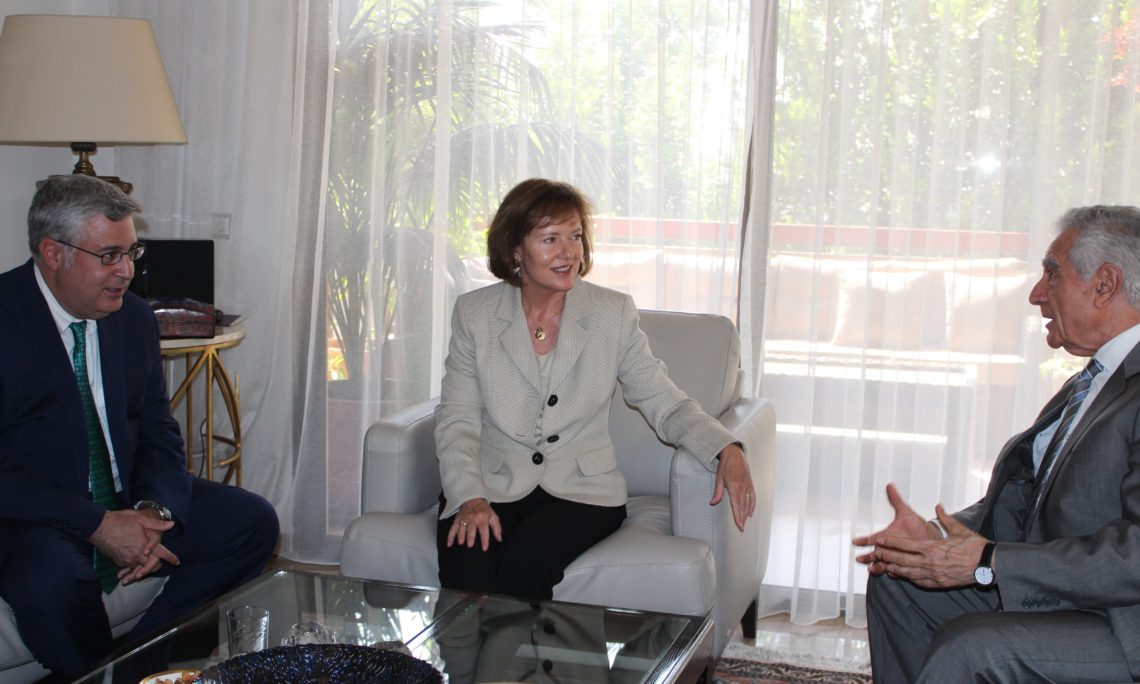 Ambassador Elizabeth Richard announced that the U.S. government, through USAID, will support at least 104 new scholarships to two Lebanese Universities for the coming school year.  Meeting with Presidents Dr. Fadlo Khuri of the American University of Beirut (AUB) and Dr. Joseph Jabbra of the Lebanese American University, Ambassador Richard underscored continued U.S. Government support for education as the critical building block of a prosperous, secure, and tolerant society.  While Lebanese youth are mastering the core elements of their substantive areas of interest, they are also learning life skills of critical thinking, community service, and succeeding in a globalized economy.

The University Support Program (USP) is a comprehensive undergraduate scholarship program enabling academically meritorious but economically disadvantaged public school graduates to attend AUB and LAU. The U.S. government has invested nearly $100 million in the USP program since its inception in 2010, which has allowed 745 students to access high quality education at AUB and the Lebanese American University.