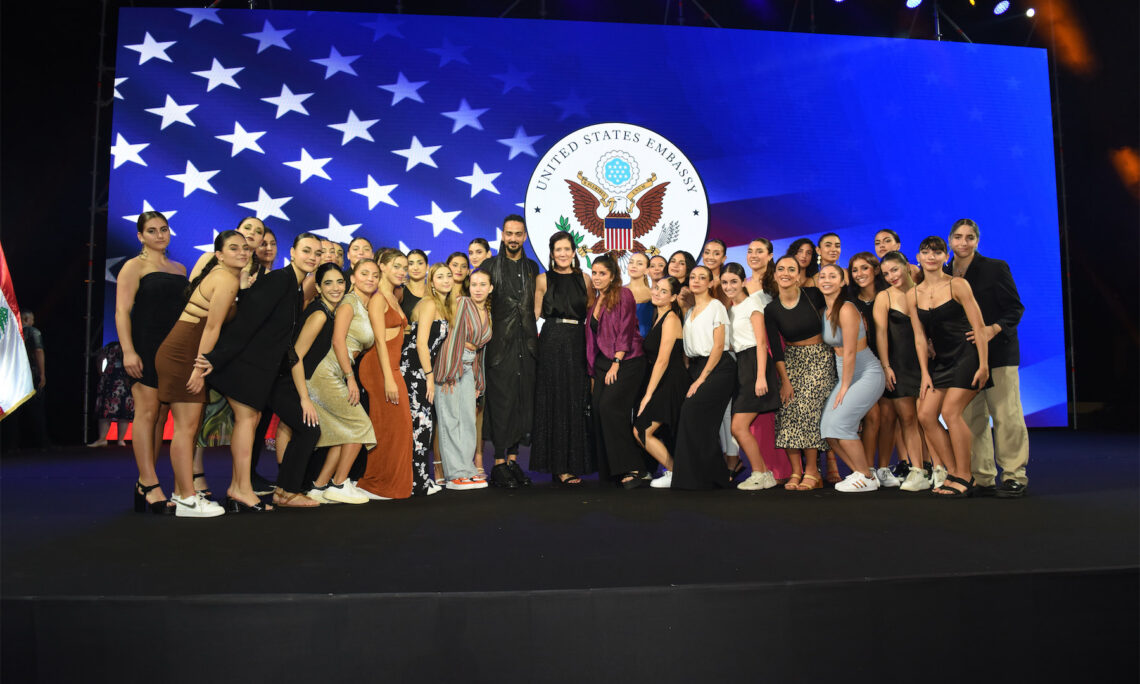 Ambassador Shea and the U.S. Embassy in Beirut hosted an evening with the Mayyas dance group and a discussion with choreographer Nadim Cherfan, following the group’s recent victory on the America’s Got Talent TV competition series. The event was held as part of the Embassy’s “Meet the Artist” series, which highlights emerging Lebanese talents from all artistic backgrounds. Not only was the event the group’s first performance in Lebanon following their U.S. victory, but it offered an inside look into choreographer Nadim Cherfan’s background, inspiration, and effort to create the Mayyas dance group.

During the event, Mayyas performed a newly-composed dance, followed by a discussion between Ambassador Shea and Cherfan, which included questions from the audience of emerging Lebanese dancers, celebrities, and other influential members of the vibrant Lebanese arts and culture scene.

Ambassador Shea provided Cherfan a platform to discuss his experience as a Lebanese artist, how he founded Mayyas, and the obstacles they encountered over the years, including societal acceptance of the group’s female composition. Cherfan underscored the importance of the girls’ role in representing Lebanon’s diversity of backgrounds and geographies as a means to bring the country together through the universal language of dance. Cherfan pointed out that despite all the difficulties, Mayyas won “America’s Got Talent” purely on merit, through the perseverance of its dancers, their sheer artistic and athletic abilities, creativity, and hard work. Ambassador Shea also expressed her pride in Mayyas’ achievements and noted that she was one of the many millions who voted for them in the finale.

The “Meet the Artist” series is designed to foster relationships between influential and young, upcoming Lebanese artists in various artistic fields to give them a platform to network within the artists’ community, learn from other artists’ experience, and also learn about State Department exchange programs and funding opportunities. Former “Meet the Artist” guests of honor include painter Raouf Rifai, filmmaker and actress Zeina Daccache, composer Georges Tomb, musician Ramy Ayash, photographer Maher Attar.