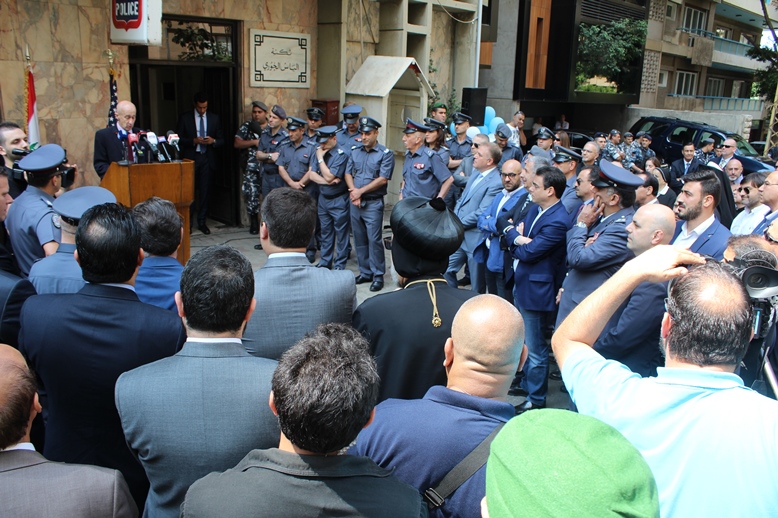 The Department of State’s Bureau of International Narcotics and Law Enforcement Affairs (INL) continues to support the Lebanese ISF’s community policing program aimed at improving law enforcement performance and relations with local communities.  As part of this program, U.S. Chargé d’Affaires Danny Hall participated in a launching ceremony on June 1 at the Ashrafieh police station, where he announced that INL is funding a renovation project for the station at an approximate cost of $730,000.  The ceremony was attended by the Chargé d’Affaires of the UK Embassy Benjamin Wastnage, Minister of Health Ghassan Hasbani, Members of Parliament representing the Ashrafieh area, Director General of the Internal Security Forces Major General Imad Osman, Beirut Chief of Police General Mohamad Al Ayoubi, the head of the Third Territorial Company General Hussein Khachfe, other members of the ISF Command Council, local mayors and municipal officials, religious leaders, and local residents.

During his remarks, Chargé d’Affaires Hall said, “We all want the same thing.  We want to have an active police force that we know is able to respond quickly to any situation and is able to keep us safe while we’re here. This new project, community policing, will help make this happen.  With the support of the State Department’s International Narcotics and Law Enforcement Affairs Office (INL), our assistance here will be for renovating and equipping the station, and providing training.”