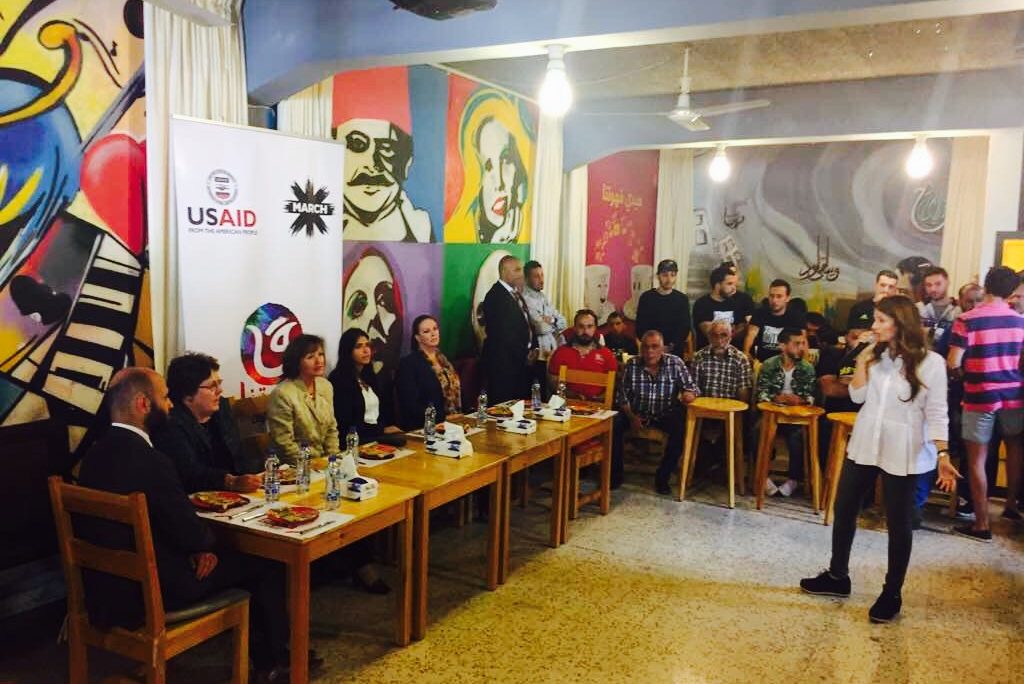 U.S. Ambassador Elizabeth Richard visited Tripoli on Wednesday, May 3 to discuss the major issues concerning the citizens of Lebanon’s second largest city and to convey a message of strong U.S. support for efforts of these citizens to improve conditions for the residents of Tripoli.  In the course of her visit, Ambassador Richard met with the Mufti of Tripoli, Malik al-Chaar.  She also met with Mohammad Safadi and other representatives of the Safadi Foundation to discuss the Foundation’s work and U.S. government support for its projects.  Ambassador Richard observed projects funded by the United States government aimed at improving education, health, and economic conditions for the people of Tripoli, including health care delivery at Dar al-Chifae Hospital (in cooperation with the International Committee of the Red Cross) and the Kahwetna Cultural Café’s initiatives to improve economic opportunities for unemployed youth and engage them in civic, artistic, and employment activities.

In response to a press question at the Kahwetna Cultural Café regarding her impressions of Tripoli, Ambassador Richard said, “You can see walking around that the city of Tripoli has been neglected for years in economic development…”   She noted that in recent years the United States has provided over $18 million infrastructure, training projects, scholarships and education.

Other areas of U.S. assistance to the Tripoli region include English teaching for women and young students, technical and equipment assistance to micro/small/medium enterprises, and assistance to youth clubs conducting clean-up projects in Tripoli and the surrounding area.