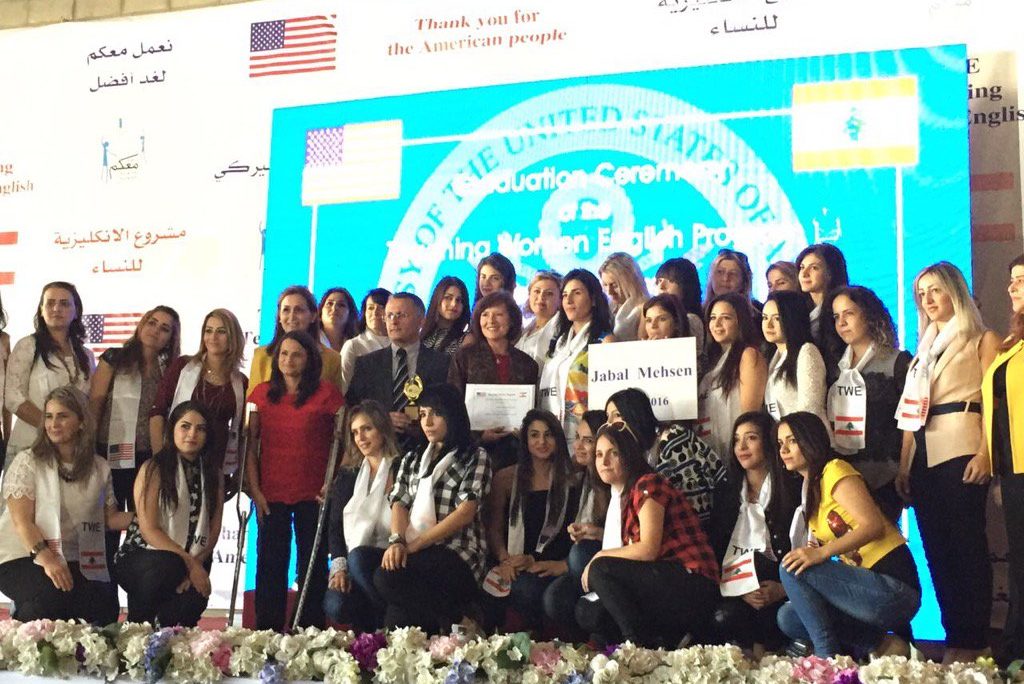 U.S. Ambassador Elizabeth Richard visited Tripoli on September 18 to participate in a graduation ceremony for 450 participants of the Teaching Women English (TWE) program.  The TWE program provides women in rural areas with the opportunity to learn English and become active citizens in their communities, promoting the values of tolerance, moderation, and economic opportunity.  TWE is one of many educational programs in Lebanon funded by the U.S. Department of State and is implemented in northern Lebanon by Maakom Charitable & Social Association.  During the ceremony, Ambassador Richard commended the achievement of the graduates and expressed her hopes for the “bright future that Tripoli’s citizens so richly deserve.”

While in Tripoli, Ambassador Richard also met with municipal and business leaders.  In her meeting, the Ambassador underscored the United States commitment to security, stability, and economic growth in Tripoli and all of Lebanon.  Since 2007, the United States has provided over $1 billion in development assistance to the Lebanese people.  These funds, primarily disbursed through the U.S. Agency for International Development, are intended to enhance progress in fields such as education, water management, good governance, and creation of economic opportunities.