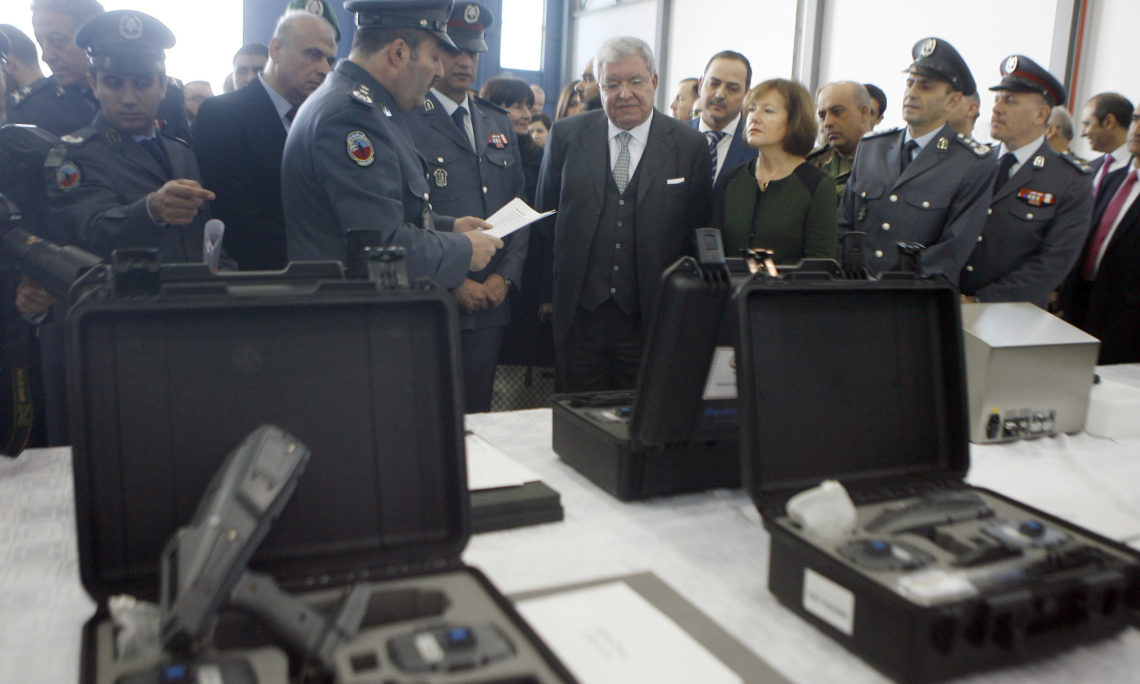 During her remarks, Ambassador Richard said, “I am pleased to announce today the donation of passenger and bag screening equipment for the airport, which will be used by Lebanese security officials to ensure that passengers, planes, and cargo coming into and out of Rafiq Hariri International Airport remain safe.”  The provision of the equipment is part of the U.S. Government’s long-standing partnership with the Government of Lebanon to improve security at the airport.

International aviation security is a priority for the U.S. Government, and the INL-funded equipment will enhance vehicle, passenger, and bag screening at the airport while underscoring our continued support for Lebanon’s security and stability.  Since 2006, the U.S. Government has provided more than $178 million in training and equipment to the ISF to enforce the rule of law and protect the Lebanese people.

Following is the ambassador’s remarks:

Good morning!  It is such a pleasure to be here, along with Minister Mashnouq, Major General Osman, General Doumit, and distinguished guests from the Lebanese security community as well as from the diplomatic community.

Aviation security is something that touches all of us.  Every time we or our loved ones get on an airplane, anywhere in the world, we are putting our safety and our lives in the hands of the security professionals who have screened us at the airport.  We need to trust that those security officials have the resources they need to do their jobs.  That means ensuring that airport security checks and equipment are constantly improved and upgraded, in order to counter increasingly sophisticated threats to aviation security around the world.

I am therefore very pleased to announce today the donation of passenger and bag screening equipment for the airport, at a value of well over a half million dollars. This equipment will be used by Lebanese security officials to ensure that passengers, planes and cargo coming in and out of Rafiq Hariri International Airport are safe.

The international community has a vital stake in protecting the safety of aviation worldwide.  The donation today will go a long way toward helping Lebanon do its part.  The U.S. Government is providing one mobile x-ray screener for vehicles; six hand-held Explosive Trace Detection (ETD) systems; six liquid aerosol and gel scanners; and six shoe scanners. These systems will be used by ISF officers screening passengers and baggage.

But, very importantly, our commitment to supporting aviation security in Lebanon does not stop there.  We have had a long-standing program, through our Diplomatic Security Anti-Terrorism Assistance program, to provide advanced training to Lebanese airport security officials to ensure that they are prepared to prevent threats to aviation security.

Today’s equipment, funded by the Department of State’s Bureau of International Narcotics and Law Enforcement Affairs, and the training provided by the State Department Bureau of Diplomatic Security are just two examples of the enduring partnership between the United States and Lebanon.   That partnership has included more than $178 million dollars in assistance to the ISF alone since 2006.

Minister Mashnouq, friends, I really look forward to seeing this new equipment in use on my next trip through Rafiq Hariri International Airport.