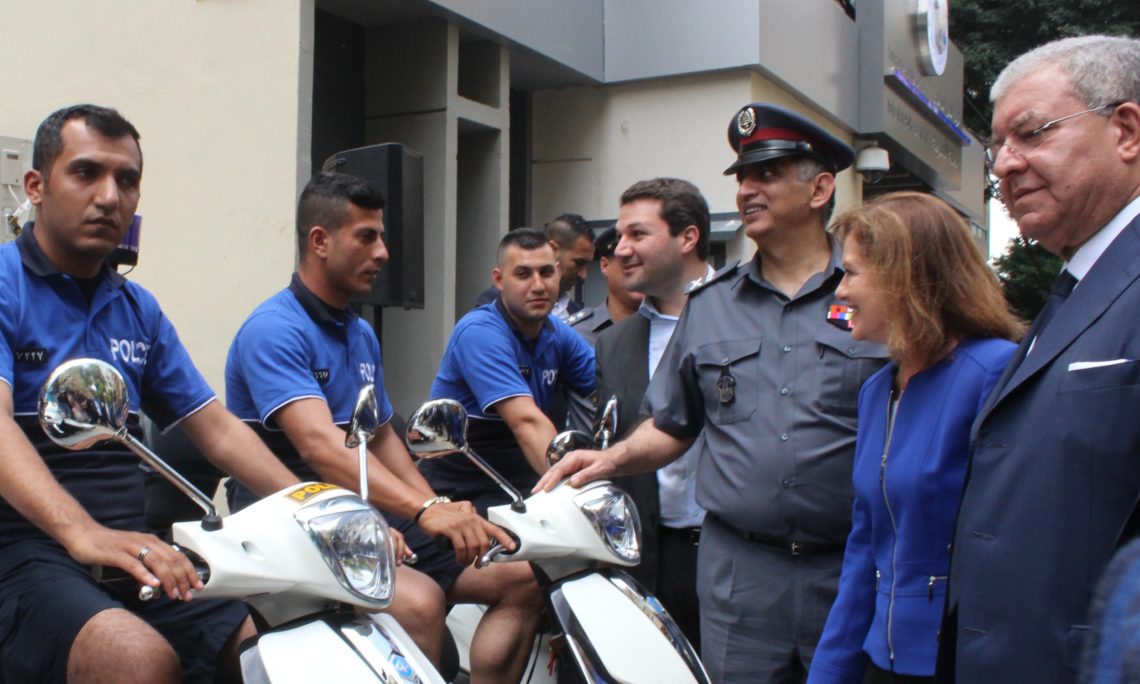 U.S. Ambassador Richard participated on May 22 in the inauguration ceremony for the newly refurbished police station in Ashrafieh.  For this project, the U.S. Embassy worked with the ISF to convert the existing location into a new community policing station, focused on direct engagement with the local community.  Minister of Interior Nouhad al-Mashnouq, Director General of the Internal Security Forces Major General Imad Osman, Beirut Chief of Police General Mohamad Al Ayoubi, and Ashrafieh neighborhood residents participated in the ceremony.

During her remarks, Ambassador Richard said, “We are proud of the strong and successful partnership we have with Lebanon and with the ISF, and of what we have achieved together.  This building is an excellent example of that success: a modern police station, accessible to the public, and staffed by officers who are trained to work cooperatively with the local community to counter crime and promote safety.  I want to congratulate the ISF and the Ministry of Interior on launching this project, and on their focus on Community Policing.  I really look forward to the great work you are going to do for all of us as you accomplish everything that you’ve set out to do through these efforts.  We are proud to help support this important work.”

The changes to the Ashrafieh police station will make it more community friendly by adding a reception area, separate interview and investigation rooms, an analysis department, and additional security features.  This station will also feature bicycle and scooter patrols and community outreach activities.

The Department of State’s Bureau of International Narcotics and Law Enforcement Affairs (INL) invested $930,000 to refurbish the building, provide equipment, and conduct training.  Since 2006, the U.S. Government has provided more than $178 million in training and equipment to the ISF and over $5.4 billion in total assistance to Lebanon.