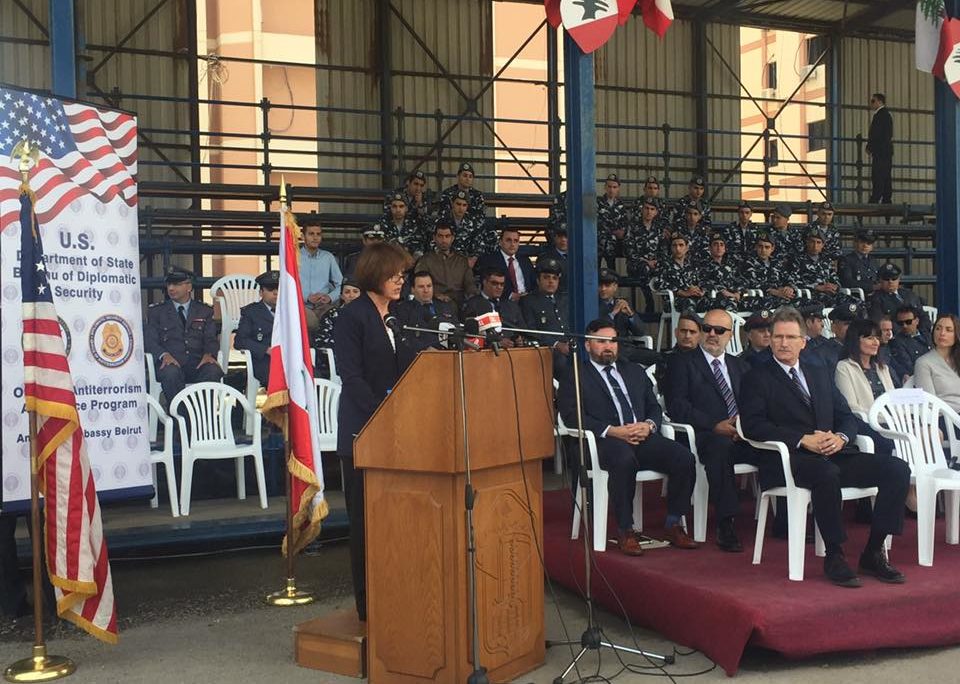 Ambassador Richard speaking at delivery ceremony of equipment to the ISF

U.S. Ambassador to Lebanon Elizabeth H. Richard participated today in a ceremony to celebrate the delivery of approximately $1 million dollars’ worth of equipment to the Internal Security Forces (ISF), highlighting U.S. commitment to Lebanon’s state institutions.

Ambassador Richard said the U.S. is proud to deliver this much needed equipment and reiterated America’s partnership with Lebanon in the fight against terrorism and extremism.

The gear and equipment delivered today is part of the U.S. State Department’s Antiterrorism Assistance (ATA) program, which also included five courses of training to advance the ISF as a sophisticated, capable, and professional police force.  The equipment and training is part of long-standing U.S. support to develop Lebanon’s border and internal security.

U.S. assistance to the ISF is a vital aspect of the cooperation between the two countries. The United States remains committed to strengthening the capacity of the ISF to combat terrorism, promote rule of law, ensure human rights and dignity, and maintain stability and safety.