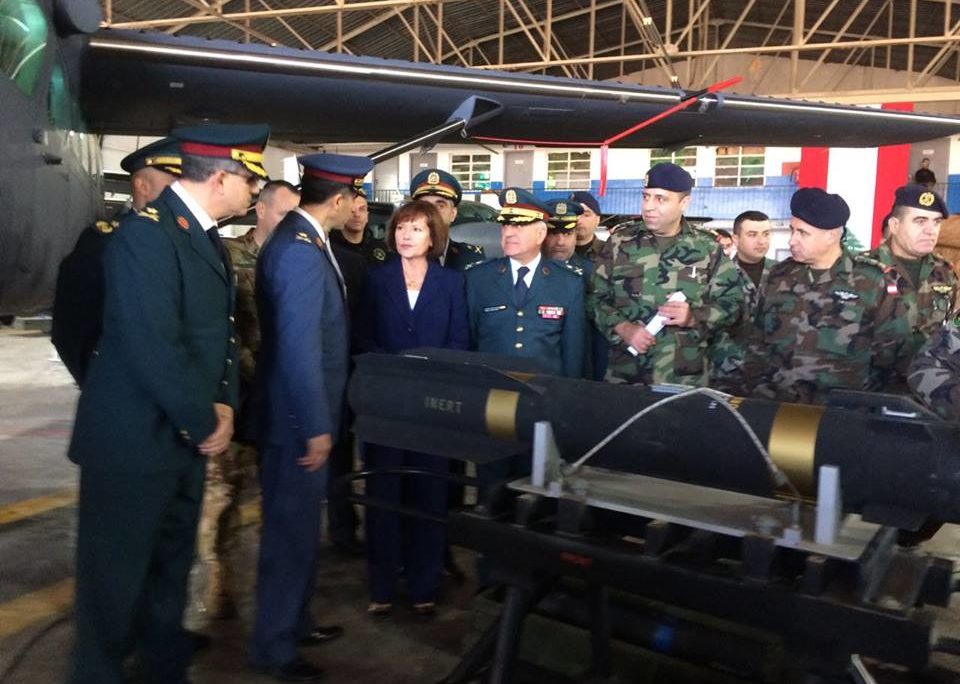 Today, U.S. Ambassador to Lebanon Elizabeth Richard participated in a ceremony to celebrate the delivery of an armed Cessna aircraft to the Lebanese Armed Forces (LAF), highlighting the U.S. commitment to Lebanon’s security.

Ambassador Richard said the U.S. is proud to deliver this Cessna, the third in the LAF air force, and she reaffirmed the strength of the multi-faceted security partnership with Lebanon.

The U.S. delivered the aircraft as part of a “total package” that includes maintenance support and training, with a combined value of approximately $30 million. The Cessna is equipped with HELLFIRE missiles and a day/night targeting system. The aircraft will help the LAF to conduct border security missions, combat threats from extremist groups, and support LAF ground troops.

United States assistance to the LAF is a vital aspect of the cooperation between the two countries. The United States remains committed to strengthening the capacity of the LAF to secure Lebanon’s borders, defend the sovereignty of the state and maintain overall security.

Following are Ambassador Richard’s remarks at the ceremony:

Thank you very much everyone, thank you especially Brigadier General Farah this morning for being with us and to everyone with us this morning.

We are here today to mark the delivery of an armed Cessna aircraft—the third for the Lebanese Armed Forces. The United States is very proud to be part of supporting the LAF, particularly today.

Over several years of close military-to-military engagements, we have seen the Lebanese Army develop into a trusted U.S. partner and a major contributor to stability in Lebanon and the region. This partnership is strong now.  We share fundamental goals with the Lebanese Armed Forces—border protection, internal security and counter-terrorism, to name a few. And we will continue to work together on those fronts.

We Americans believe that all of us are more secure when our partners are stable, secure, sovereign and independent. We are therefore doing everything we can to help strengthen Lebanon’s legitimate state institutions, especially the Lebanese Armed Forces. The LAF is a key institution of Lebanese statehood.  It is Lebanon’s sole legitimate defense force and an essential element in exerting the state’s authority throughout all of Lebanon’s territory.

We know that the challenges facing Lebanon are serious. There are security, political, economic and humanitarian issues, many of them deriving from the conflict in Syria. The new Lebanese government must lead in addressing these problems.  But the United States is ready and willing to support Lebanon’s legitimate institutions and its people each step of the way. For this reason, we will continue to stand by the LAF.

This Cessna, that we see here today, will be equipped with HELLFIRE missiles and a daytime/nighttime targeting system.  It will help the LAF support ground troops, combat extremist groups and keep Lebanon’s borders secure. The capability that this aircraft brings will further enable you to provide security and stability for all the Lebanese people.

The fleet of aircraft behind me today is a demonstration of how strong our security partnership is, and delivery of these aircraft is just one part of our partnership. We will continue to help with equipment needs, filling gaps in their capabilities.  But more important, we will continue comprehensive training programs and we will share our experiences in both basic and advanced skills. This is a multi-faceted relationship, and multi-faceted effort.

To our friends in the Lebanese Armed Forces, under the strong leadership of General Jean Kahwagi, thank you for your partnership. We are very proud to deliver this Cessna today and we know it will help you in your critical mission of defending the country. We are very proud to be with you here today. General Farah, thank you so much, and I look forward to spending some time with you and seeing the aircraft