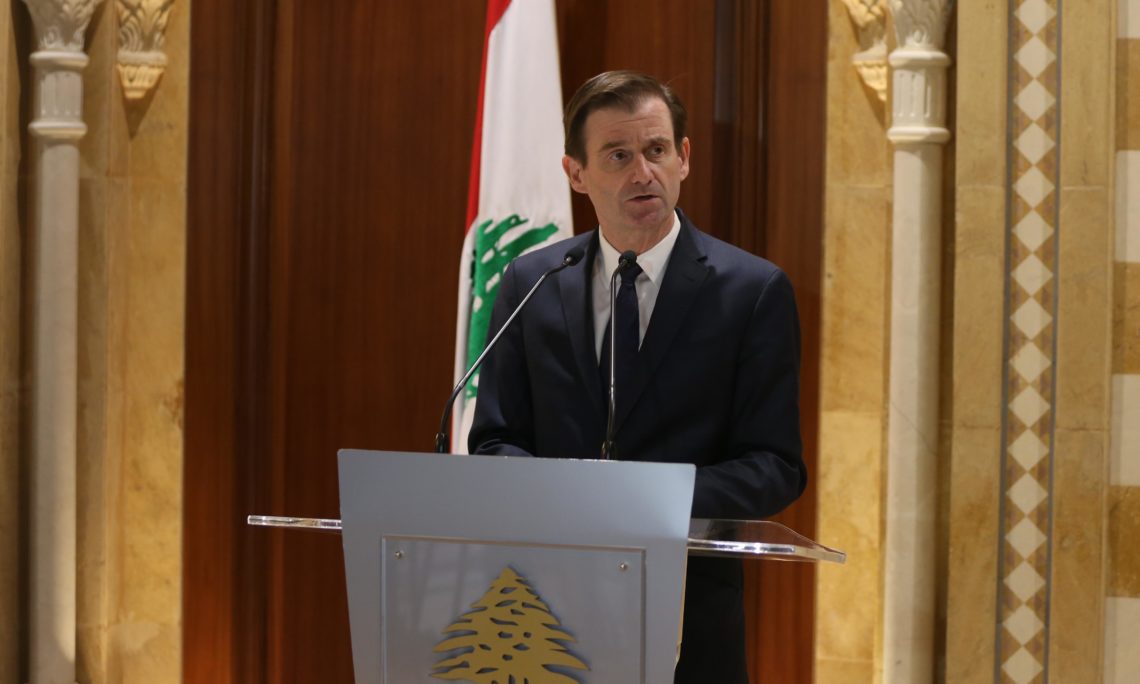 Secretary Pompeo asked me to come to Lebanon to discuss America’s regional strategy and the value of our relations with the Lebanese state and the Lebanese people, and our determination to create the conditions needed to ensure Lebanon is able to meet its international obligations.

As Secretary Pompeo said in his Cairo speech, we will continue to work with our allies and our partners to achieve a stable and prosperous Middle East, including Lebanon.  You have all seen our achievements as a coalition – a coalition that included Lebanon – to dismantle ISIS.  As the task of liberating ISIS-controlled territory is completed, we will be bringing American troops home from Syria.  But, we will remain committed to working with partners to ensure ISIS remains completely dismantled, just as we remain committed to our overall goals in Syria.

As Secretary Pompeo said in Cairo, through diplomacy and cooperation with our partners, we will expel from Syria every last Iranian boot and work through the UN-led political process to bring peace and stability there.

Secretary Pompeo also spoke at length about our approach to Iran.  We have fostered a common understanding with our allies of the need to counteract the Iranian regime’s revolutionary agenda and thwart Iran’s malign regional ambitions and activities, and that very much includes Lebanon, where only the Lebanese people, through their state, should make decisions of life and death.

We are proceeding with our efforts to counter Iran’s dangerous activities around the region, including the financing and activities of proxy terrorist organizations such as Hizballah.  While Lebanon has, the right to defend itself, that is a right of the Lebanese state alone.  It is unacceptable to have a militia outside the control of the state and unanswerable to all the people of Lebanon, digging attack tunnels across the Blue Line into Israel and assembling an arsenal of over 100,000 missiles with which to threaten regional stability.

The international community is closely watching the status of Lebanon’s government.  The choice of government is for the Lebanese alone, but the type of government chosen concerns all of us who are interested in a stable and prosperous Lebanon – as does the inability of the Lebanese to make a choice.  Crucial economic reforms languish while obstructionism drags down the economy, endangering the country.  We encourage the caretaker government to move forward where it can, especially on the economy, to avoid further damage and maintain international confidence.

Thank you very much.