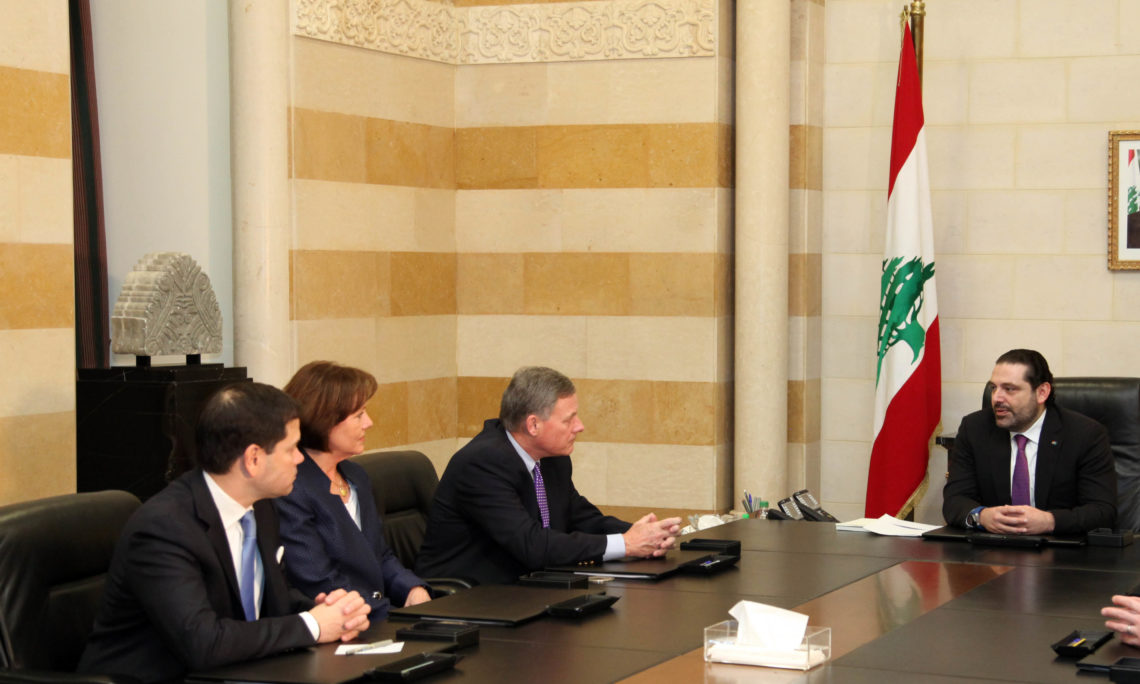 Senator Richard Burr (R-NC) led a delegation of five senators including Senators John Cornyn (R-TX), Marco Rubio (R-FL), James Lankford (R-OK), and Tom Cotton (R-AR) on a visit to Lebanon from March 17 to March 18. The delegation met with Prime Minister Saad Hariri during their visit and discussed the close relationship and security cooperation between the United States and Lebanon. The delegation’s visit underscores United States support for Lebanon, the Lebanese Armed Forces, and Lebanon’s institutions.