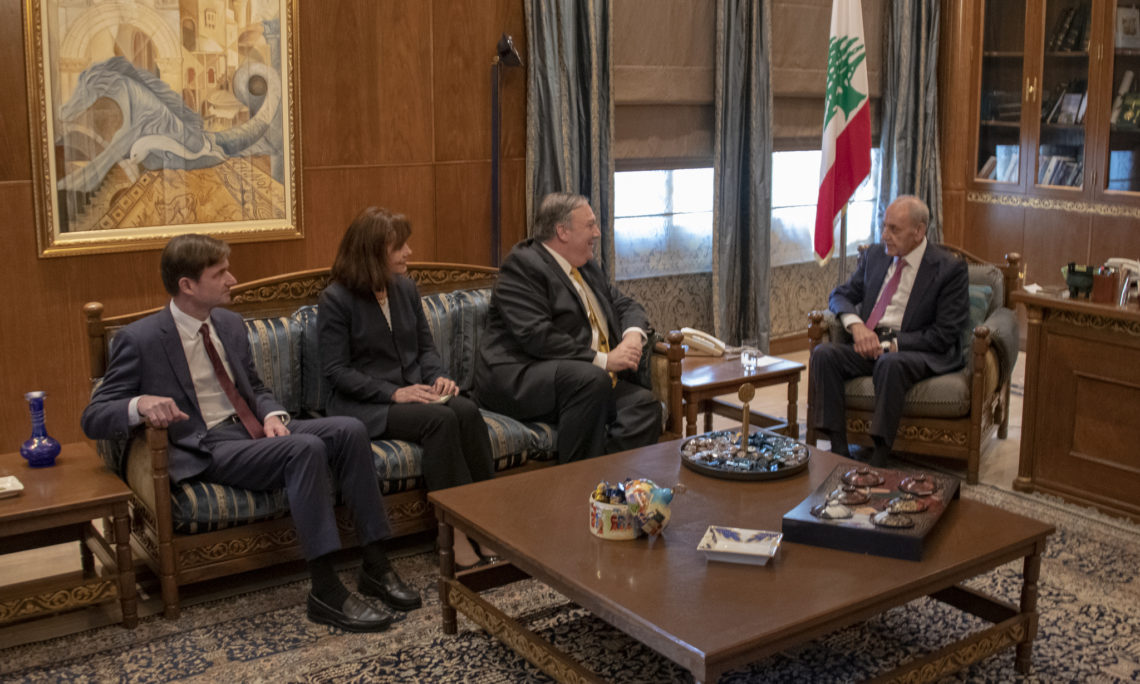 Secretary of State Michael R. Pompeo met in Beirut today with Speaker of the Lebanese Parliament Nabih Berri. They discussed a number of issues related to the Lebanese economy and implementation of critical reforms, as well as the need to maintain calm along the boundary between Lebanon and Israel. Secretary Pompeo expressed hope that Lebanon would be able to join the other states of the Eastern Mediterranean in developing offshore resources in a manner of benefit to all the people of Lebanon. He highlighted U.S. concerns about Hizballah’s destabilizing activities in Lebanon and the region and the risks posed to Lebanon’s security, stability, and prosperity.