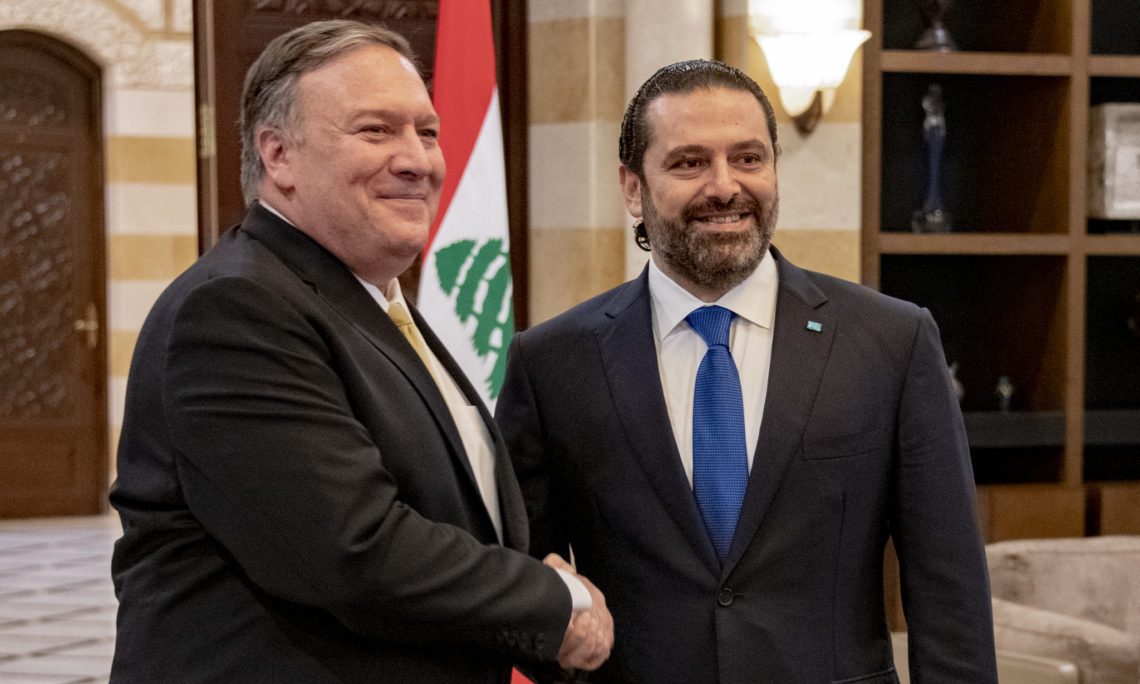 Secretary of State Michael R. Pompeo met in Beirut today with Lebanese Prime Minister Saad Hariri. They discussed the importance of the U.S.-Lebanese security partnership and the need for continued support for Lebanon’s legitimate state security institutions, particularly the Lebanese Armed Forces. The Secretary commended the Lebanese people for hosting more than one million Syrian refugees, whose presence is a consequence of Syrian repression and Iranian aggression. He emphasized U.S.concerns related to Hizballah’s destabilizing activities inside Lebanon and the region and the risks posed by their illicit and provocative behavior.