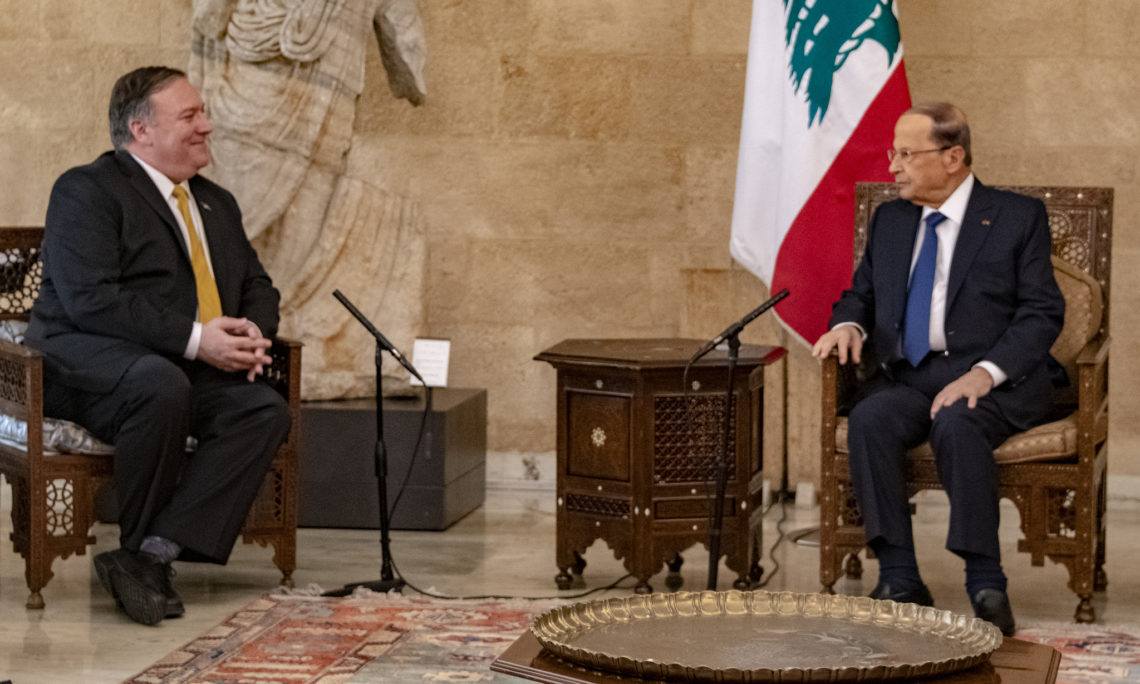 Secretary of State Michael R. Pompeo met today with Lebanese President Michel Aoun in Beirut. The Secretary discussed a number of pressing bilateral and regional issues, notably the U.S. government’s strong concerns over the role of Hizballah and Iran in Lebanon and the region and the risks this poses to Lebanon’s security, stability, and prosperity. The Secretary and President Aoun also discussed efforts to maintain calm along the Blue Line between Lebanon and Israel and Lebanon’s humanitarian response to the crisis in Syria.