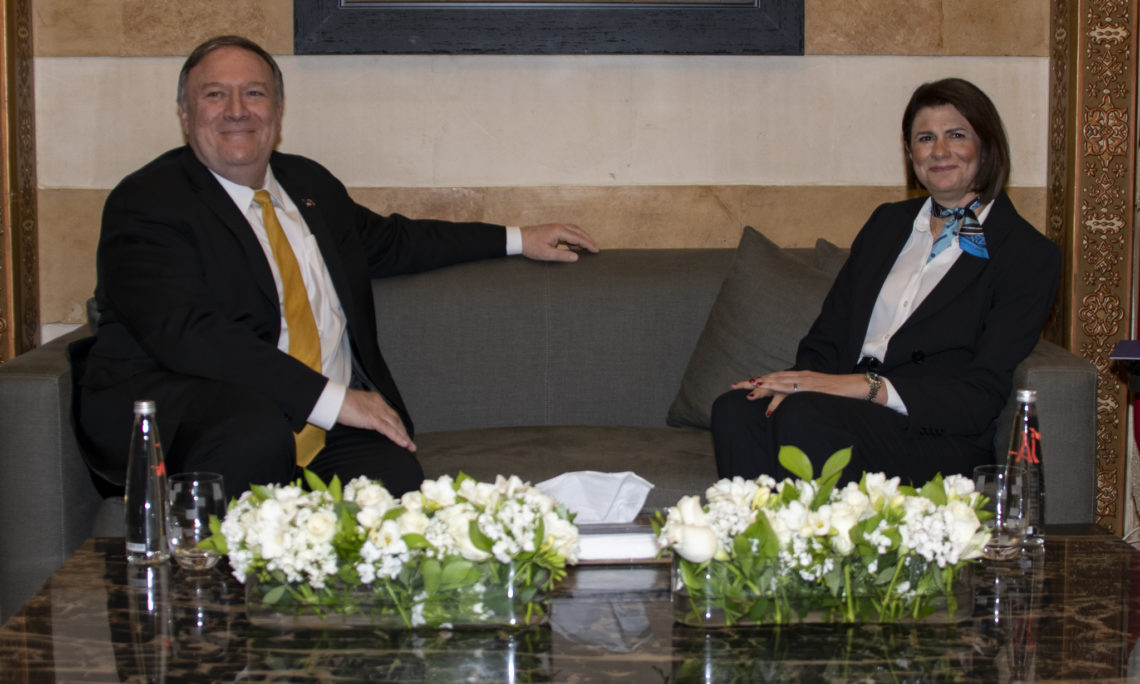 Secretary of State Michael R. Pompeo met in Beirut today with Lebanese Minister of the Interior Raya Al Hassan. The Secretary and Minister Al Hassan discussed the regional and internal security challenges facing Lebanon and how the United States can help support the Interior Ministry’s efforts to maintain safety and stability inside Lebanon, including continued support to the Internal Security Forces. The Secretary also congratulated Minister Al Hassan on her appointment.