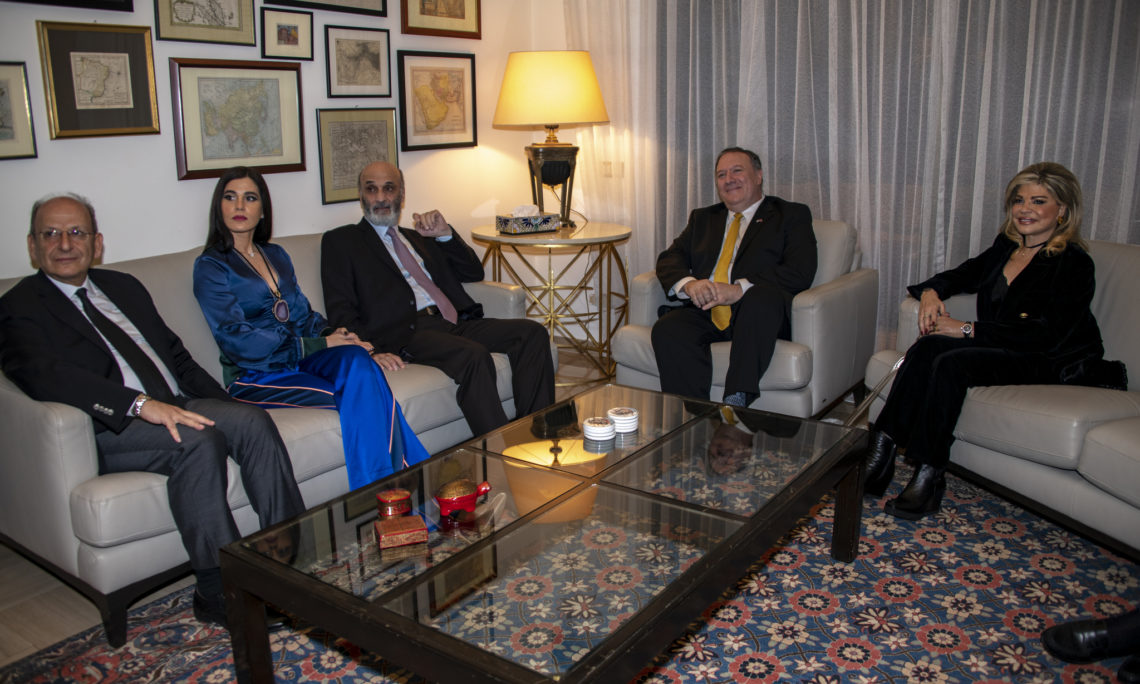 Secretary of State Michael R. Pompeo met in Beirut today with Lebanese Forces Party Leader Samir Geagea. They discussed a number of issues, including the Lebanese government’s continued work to strengthen security and stability in the country and to address the needs of the Lebanese people. The Secretary also reiterated U.S. concerns regarding the destructive role Hizballah plays both domestically and abroad, and the risks the terror organization poses to the Lebanese people.