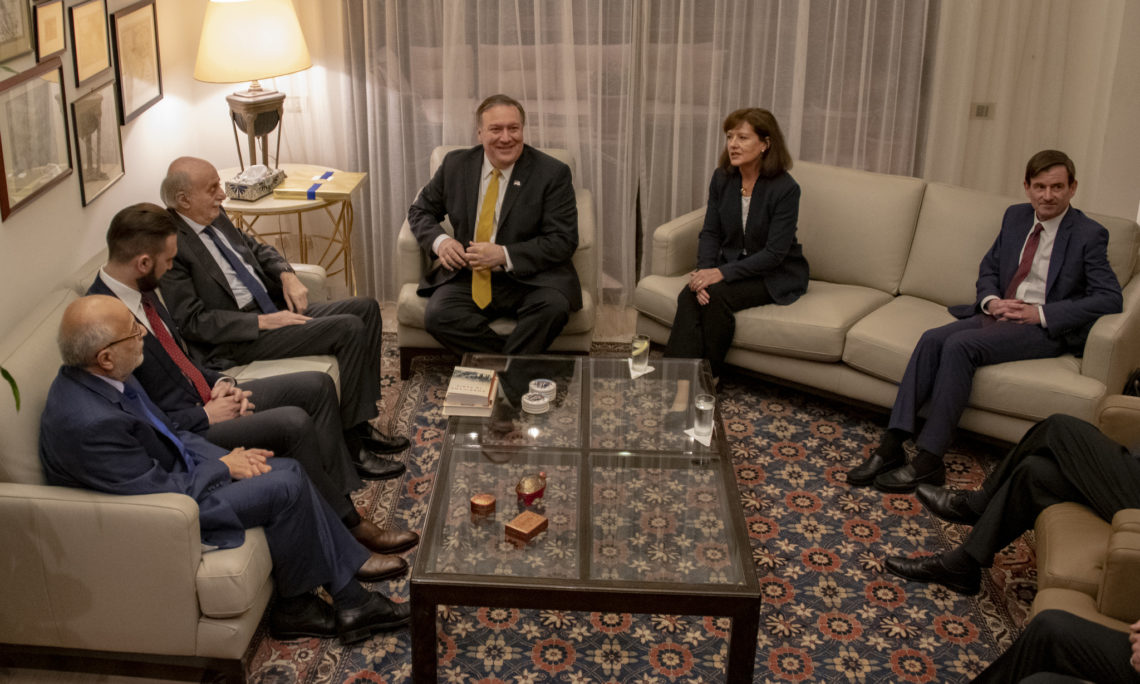 Secretary of State Michael R. Pompeo met in Beirut today with Walid Jumblatt, leader of Lebanon’s Druze community. They discussed a number of issues including the positive steps the recently formed government of Lebanon should take to address Lebanon’s economic and security challenges. The Secretary and Jumblatt also discussed regional issues, including the Syrian refugee presence in Lebanon, and the need for their safe and voluntary return as soon as conditions permit.