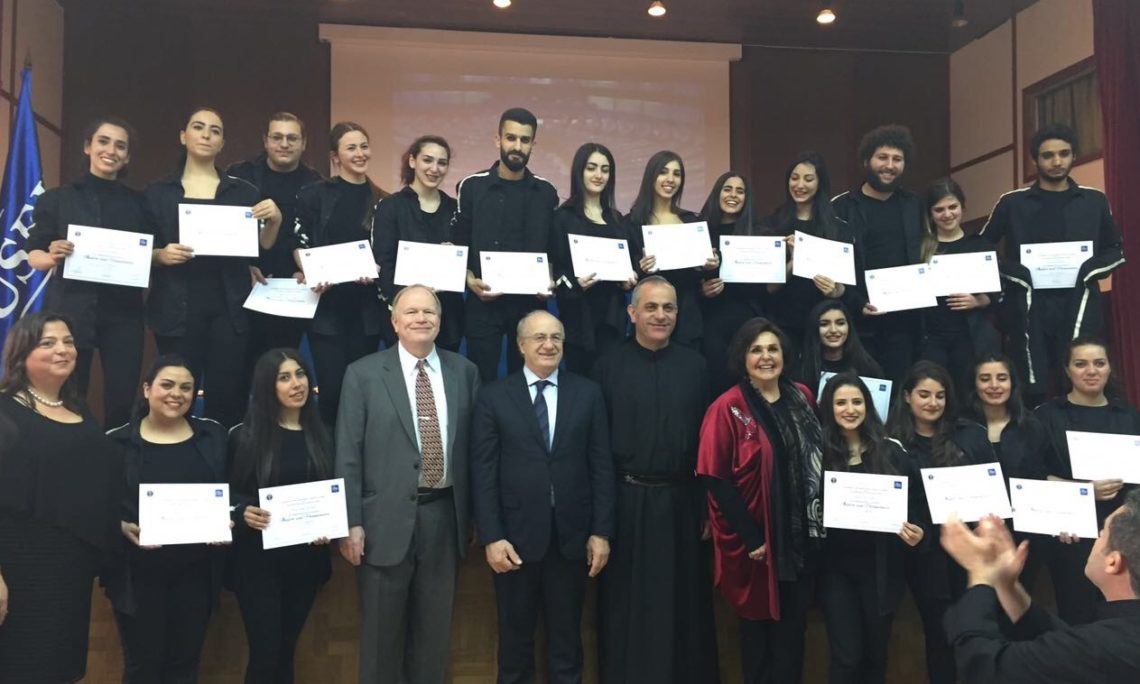 The Public Affairs Officer at ceremony of distribution of certificates to USEK students who completed training in the U.S. Embassy-funded “Theater and Democracy” project funded by the U.S. Embassy

Public Affairs Officer (PAO) Alan Holst visited the Holy Spirit University of Kaslik on March 30. He gave remarks at the distribution of certificates to 20 USEK students who completed training in the U.S. Embassy-funded “Theater and Democracy” project that won a Public Diplomacy small grant competition to support English language education.  This project promotes dialogue, expression and critical thinking, in English, about democracy, civic issues and human rights.  The outcome of this project was a 20 minute theater production of “Demoskratos” (the Greek word for democracy) performed at USEK.  Mr. Holst said “that the strength of a nation is the mosaic of its diverse citizens” and praised the demonstration of that ideal by the students.

The PAO also met with Vice President for Community Life Father Talal Hachem and discussed the opportunities for cooperation between the Embassy and the university.

The U.S. Embassy’s continued collaboration with USEK and other local universities and the numerous scholarship and exchange programs that are funded by the U.S .Government demonstrate the United States’ strong commitment to supporting education in Lebanon and to providing opportunities for Lebanese youth to become great future leaders of Lebanon.