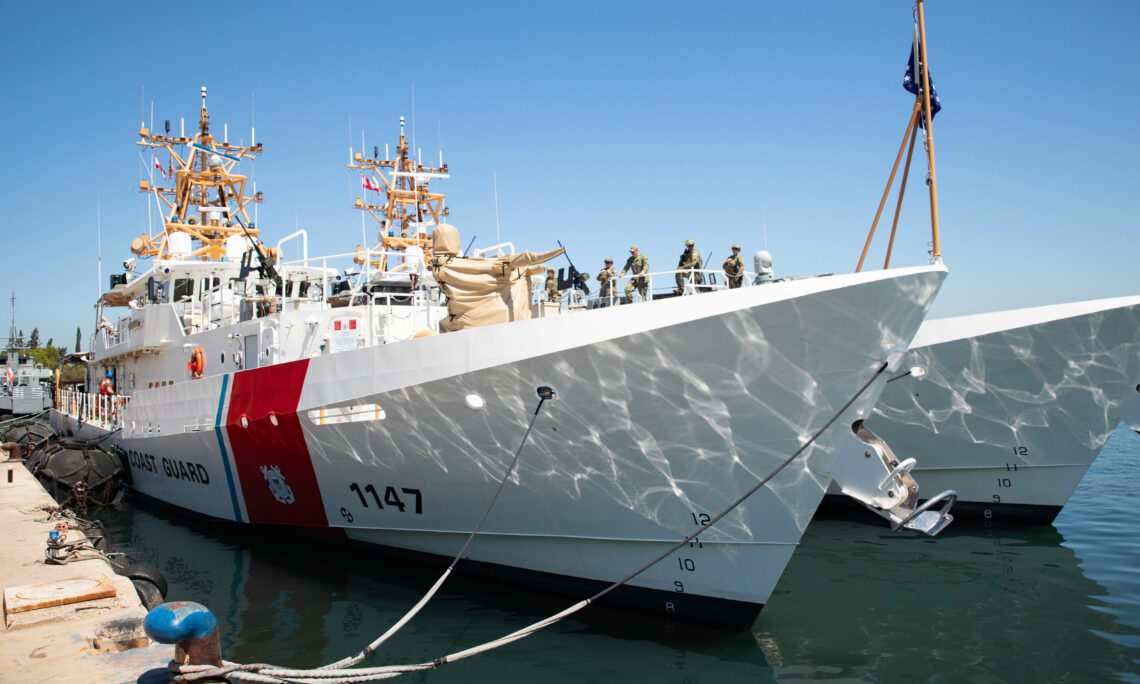 “The John Scheuerman crew is excited to begin operations in U.S. 5th Fleet where we will have the opportunity to collaborate with our partners in the region,” said Lt. Trent Moon, commanding officer of John Scheuerman. “I am extremely proud of this crew and they have proved that we are ready for the opportunities ahead.”

“The crew and I are thrilled to arrive in Lebanon en route to our new operating station,” said Lt. David Anderson, commanding officer of Clarence Sutphin Jr.

The Sentinel-class cutters are the final two of six that are overseen by Patrol Forces Southwest Asia, the Coast Guard’s largest unit outside of the United States. The new cutters feature advanced communications systems and improved surveillance and reconnaissance equipment.

The ships are forward-deployed to U.S. 5th Fleet to help ensure maritime security and stability across the Middle East.