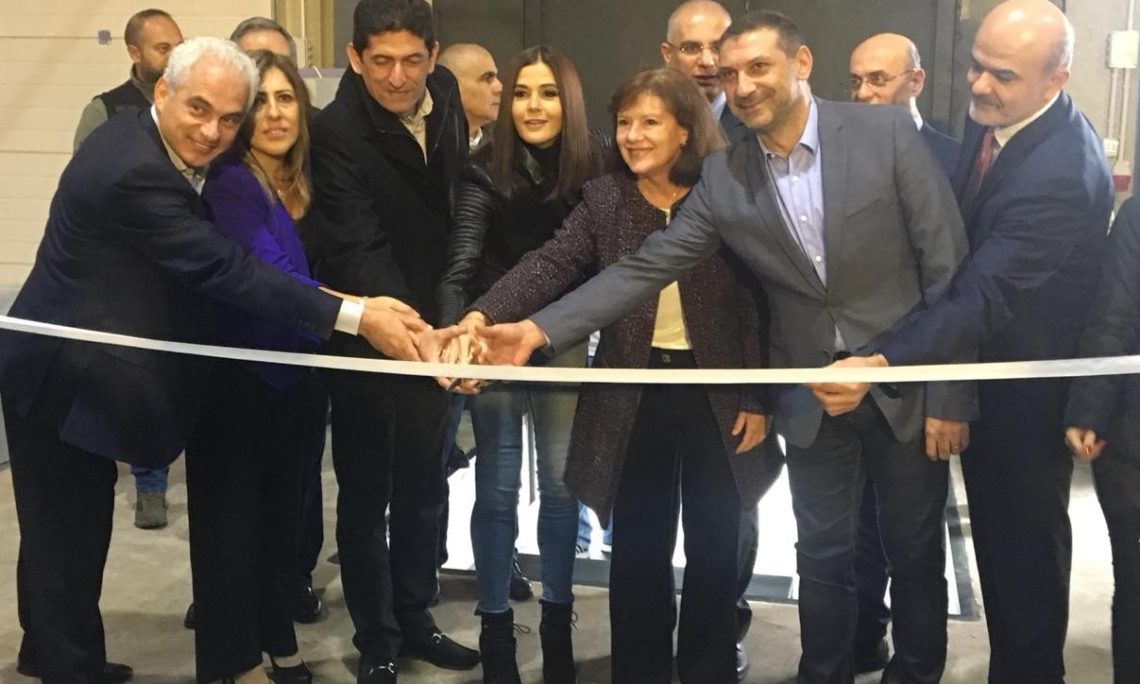 Ambassador Elizabeth Richard participated in the inauguration of a new apple sorting and packing facility in Beit Mounzer, North Lebanon.  The first of its kind in Lebanon, the ‘Cedrine’ facility was completed with the support of the United Stated Agency for International Development (USAID) through the Lebanon Industry Value Chain Development (LIVCD) project, in partnership with Shapash, a local private sector firm that specializes in the processing and storage of fruit.  The facility will sort and pack the produce of 200 apple farmers this season and is projected to support 1,000 farmers over the next five years, producing around 17,000 tons of apples every year.

USAID contributed nearly $400,000 dollars to establish the apple sorting and packing facility, which was complemented by the same amount from Shapash.  The project was conducted in coordination with the Municipality of Bcharreh, which offered training for local farmers, and the Association of the Friends of the Cedars, which offered the land for the facility.

Over the past six years, the U.S. Government, through USAID, has been investing in Lebanon’s agriculture sector through equipment provision, technical assistance, and access to markets.  USAID facilitated over $100 million in domestic sales and around $20 million in agricultural exports, leveraging over $27 million in investment, and increasing the incomes of thousands of farmers and small businesses.  Over $3.5 million in funding was allocated to increasing the competitiveness of Lebanese apples.

Thank you very much. Thank you everyone for being with us today, especially with the weather. I could tell that shows true dedication to the project that we are working on today that you are with us. I am very happy to be here with friends, MP Sethrida Geagea, our other members of Parliament, distinguished guests, Ladies and Gentlemen.

I am delighted to be here with you today to celebrate the opening of this apple sorting and packing facility. This is the first of its kind in Lebanon.  Congratulations to the district of Bcharreh, to Shapash, and to the local apple growers on this achievement.   This center, I know, is going to be a model that other apple production zones in Lebanon can emulate.

The US Government wants to help Lebanon succeed.   We are active supporters in many areas, from education, to security, to economic growth.  For this country to prosper, there has to be economic growth at the local level that includes everyone, regardless of their confession or background or gender.

We know that you are struggling with the influx of over a million Syrian refugees, and that especially in the agricultural area, the civil war in Syria has negatively affected you too.

This is why we consider ourselves your partners in dealing with regional challenges, and the successes we are celebrating here today are a great example of this partnership-based approach.

The Bcharreh district is a major apple production area, representing 15% of the total yearly production in Lebanon.  With the leadership of the district, the municipality, and our friends at Shapash, we are ensuring that production will continue to grow and support your community’s economy.

Over the past 6 years, through USAID, we have invested over $3.5 million to increase the competitiveness of Lebanese apple production.  With our private sector, partners for leading the way, over $12 million in domestic sales and $3 million in apple exports alone have been generated across Lebanon. These numbers mean that more than 1200 farmers and small businessmen have seen their incomes grow.

The facility that we are launching today is a marketing hub for apple growers in the district, accessible to all Bcharreh’s 1,000 apple farmers.  By using the services of this facility, each farmer will be able to grade more than 80% of his or her apple produce at a premium – selling it at an average of $15 per box rather than the current price of $8.

With just a little bit of assistance, our private sector partners are now able to continue to invest in technology upgrades and standards monitoring, creating sustainable growth in this market.  That is going to benefit the region’s entire economy.

I want to thank Madame Geagea again for all her support for this partnership.  I especially want to thank Shapash and our local partners, because it is fundamentally the private sector that drives real economic growth.  Really, Congratulations to you all.