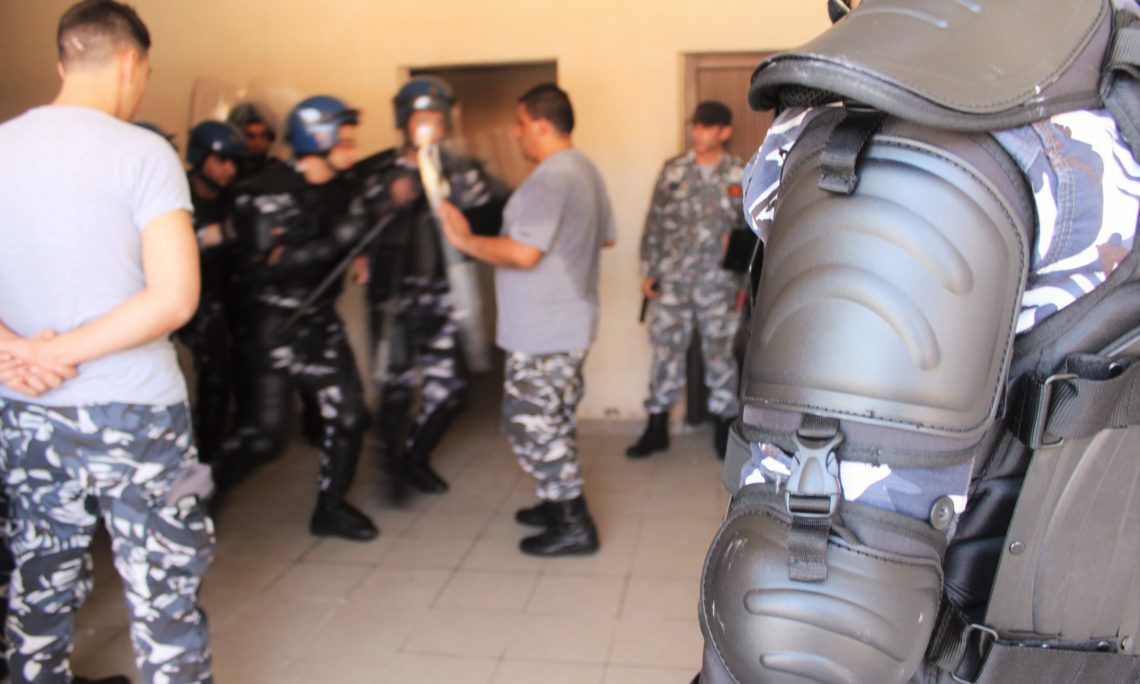 Today, the U.S. Department of State’s Office of International Narcotics and Law Enforcement Affairs (INL) at the U.S. Embassy in Beirut inaugurated a U.S. -funded Model Prison Building at the ISF Training Academy.  The model prison will provide a realistic training environment for ISF officers responsible for the Lebanese corrections system.

At the inauguration, Chargé d’affaires Edward White said, “We are pleased to fund this new model prison building and anticipate it will contribute to the quality of corrections training for the ISF.  While this is the most recent example of United States support to the ISF Academy, it is just a small part of our efforts here.  From 2013-15, the United States, through the State Department’s Bureau of International Narcotics and Law  Enforcement, contributed  over $11 million towards the ISF’s tactical training village and administration building at the academy.   The U.S. is also currently working on plans to build a new dormitory and classroom building at the ISF Academy as part of the $5 million Expanded Police Professionalism Program.  We are proud of the strong and successful partnership we have with Lebanon and with the ISF, and of what we have achieved together. ”

Since 2006, the U.S. Government has provided more than $178 million in training and equipment to the ISF.