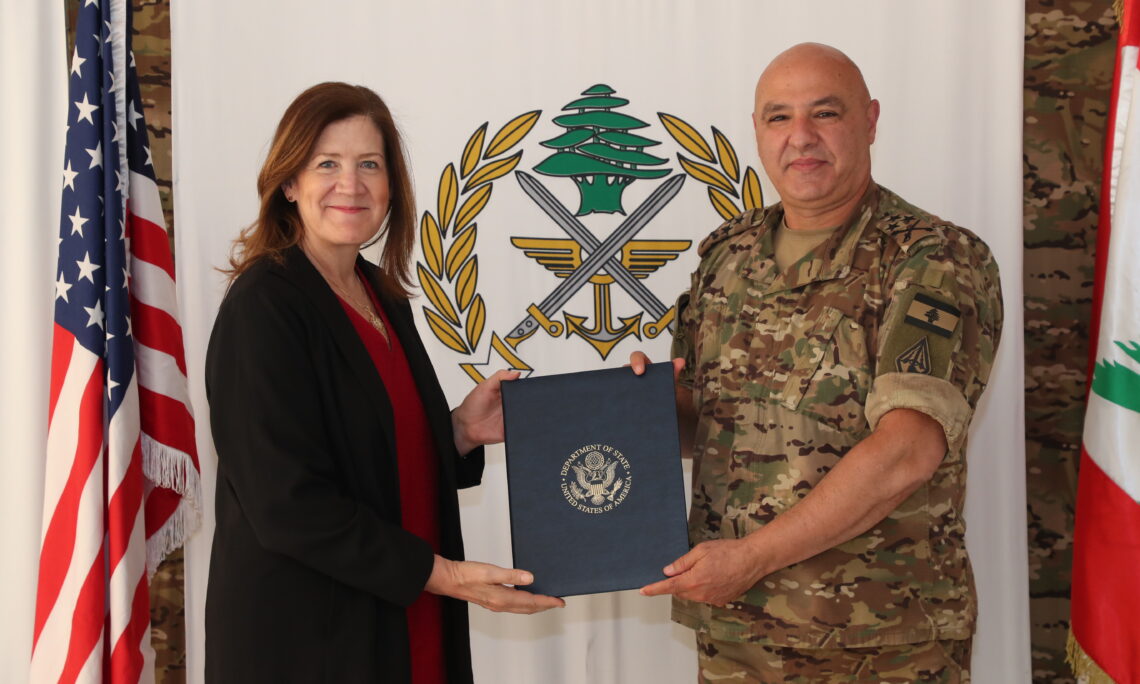 Office of the Spokesperson

In this virtual conference, the delegations highlighted the strength of the U.S.-LAF partnership and discussed ways to deepen security cooperation.  Participants commemorated the completion of a non-binding five-year security assistance roadmap that aligns anticipated annual U.S. support to the LAF with shared priorities in counterterrorism, border security, and defense institution building, which will enable effective joint planning for future defense requirements.

The delegations discussed the deteriorating economic, political, and humanitarian conditions affecting the Lebanese people and military.  The U.S. Department of State renewed its commitment to the LAF by announcing $120 million in Foreign Military Financing (FMF) assistance to Lebanon for fiscal year 2021, subject to Congressional notification procedures, representing a $15 million increase over prior-year levels.  Lebanon is one of the largest recipients globally of U.S. Department of State security assistance.

The delegations also discussed ways to leverage the full range of authorities under U.S. law through which the United States can provide additional assistance to the LAF as it grapples with the economic crises in Lebanon.  Earlier this month, for instance, the U.S. Department of Defense notified Lebanon of the planned transfer of three Protector-class patrol boats to the Lebanese Navy, which, upon delivery in 2022, will enhance the Lebanese Navy’s ability to counter external and regional threats, and protect freedom of navigation and commerce in the maritime domain.

The U.S. Department of State looks forward to reviewing progress on the U.S.-LAF partnership at the next Defense Resourcing Conference in 2022.