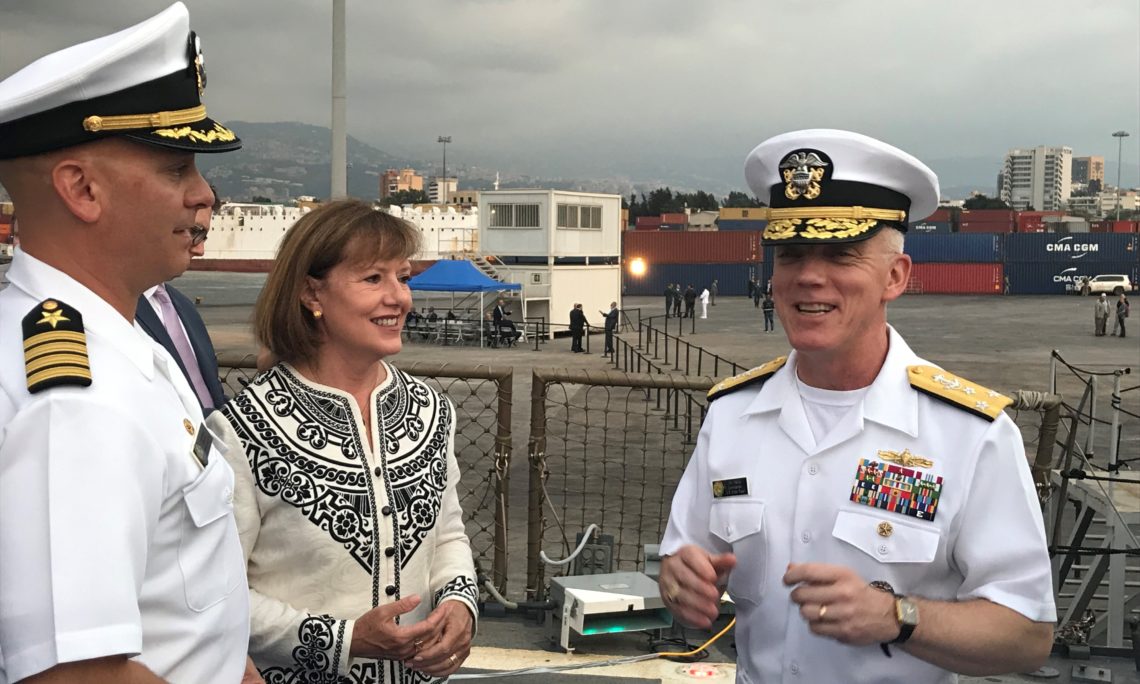 On September 14, 2019, the United States Navy’s USS Ramage (DDG-61), an Arleigh Burke-class destroyer, entered the port of Lebanon for a one-day goodwill visit on the sidelines of its participation in ongoing efforts to ensure freedom of navigation and free-flow commerce in the eastern Mediterranean.  The USS Ramage is named for Vice Admiral Lawson P. Ramage, a notable submarine commander and Medal of Honor recipient from World War II.

During the visit to Lebanon, U.S. Ambassador Elizabeth Richard and U.S. Navy Vice Admiral James Malloy hosted an on-board reception for U.S. and Lebanese officials.  The Ambassador and the Vice Admiral highlighted the ongoing commitment of the United States to be a strong and enduring partner for the Lebanese Armed Forces (LAF), with the goals of enhancing military-to-military cooperation and promoting security and stability in the region.

Specifically, Ambassador Richard explained that, “this remarkable U.S. ship, docked in this remarkable Lebanese city speaks volumes about the partnership between the U.S. and Lebanese militaries.”