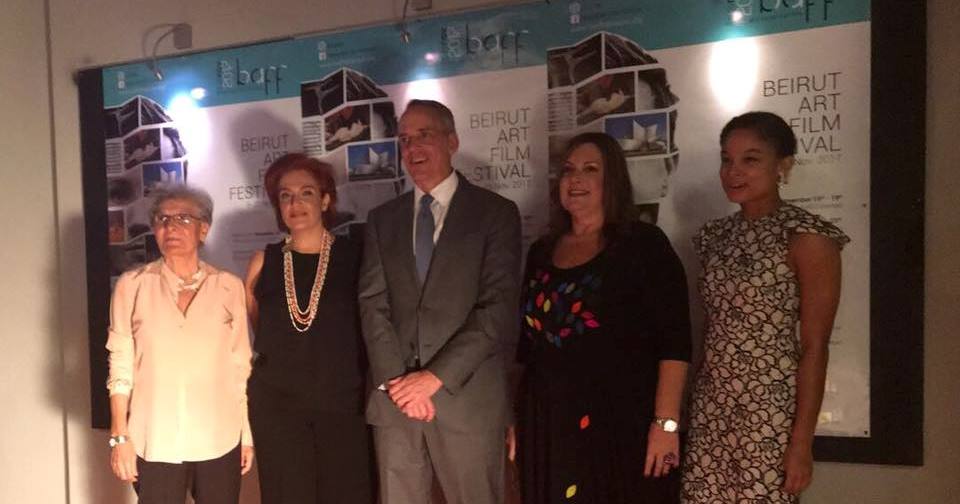 Deputy Chief of Mission Edward White took part in the opening ceremony of the Beirut Art Film Festival (BAFF).  U.S. Embassy Beirut is supporting the screenings of six art documentaries, which highlight different aspects of U.S. culture. Screenings will occur at the Metropolis Cinema Sofil, Achrafieh and in various universities across Lebanon, from November 14, 2017 to November 19, 2017.

DCM White emphasized the importance of supporting cultural initiatives and highlighted the Embassy’s commitment to continuing to support similar initiatives throughout Lebanon.

DCM White invited the guests to attend the Embassy-supported screenings of six art documentaries, including: