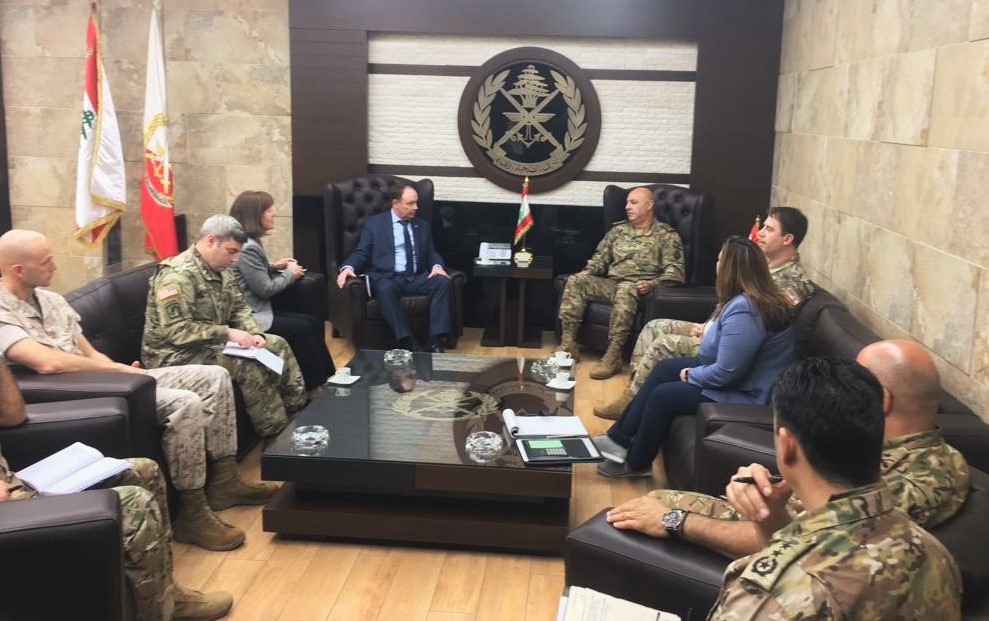 On October 16, 2018, the DTRA Director, Vayl Oxford, met with the Commander of the Lebanese Armed Forces, General Joseph Aoun, to discuss both border and maritime security.  In partnership with the both Lebanese Army and the United Kingdom, the United States is proud to outfit and train Lebanese border units with state-of-art surveillance capabilities with which to defend Lebanon.  The U.S. government is committed to the Lebanese-American partnership and support to the Lebanese Armed Forces in their capacity as the sole defender of Lebanon.