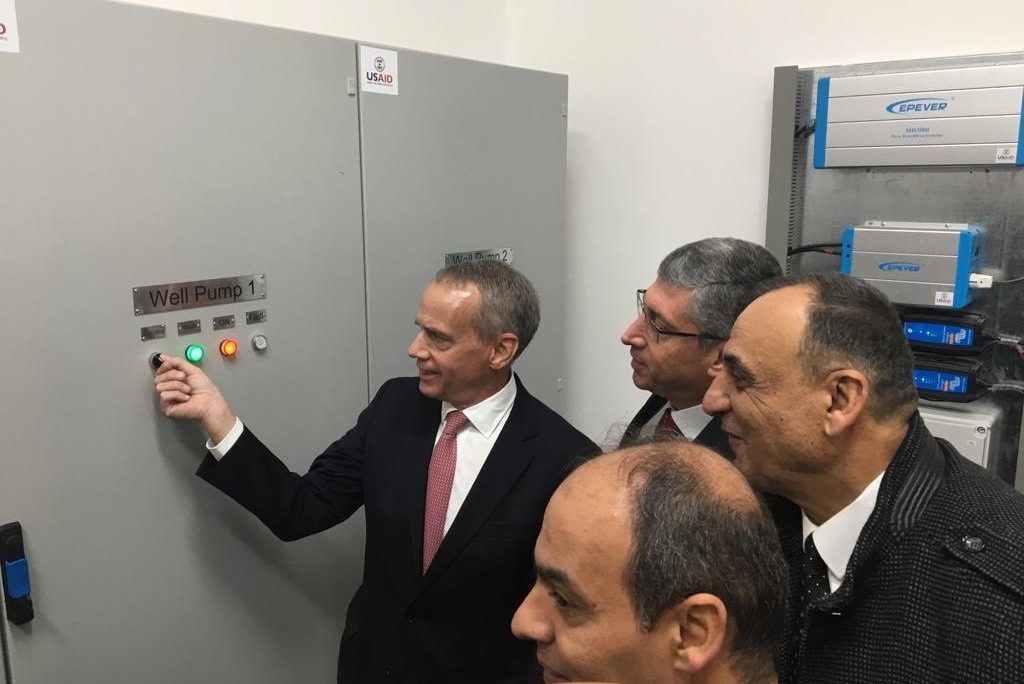 U.S. Embassy Beirut Deputy Chief of Mission (DCM) Edward White inaugurated a new solar-powered pump station and 300 cubic meter reservoir that will provide clean water to the 21,000 residents of Ghazzeh in the West Beqaa.  The Lebanon Water Project (LWP), with funding from the United States Agency for International Development (USAID), partnered with the Bekaa Water Establishment (BWE) and Ghazzeh Municipality.

In his remarks, DCM White reiterated the U.S. Government’s longstanding support for Lebanon’s water sector, saying, “Since 2000, the U.S. Government, through the United States Agency for International Development, has invested more than $180 million in Lebanon’s water sector.  Together with our local partners, this support has included numerous activities to increase the quantity and improve the quality of the country’s water supply.”

This $800,000 USAID-funded initiative provides consistent water supplies, saves up to $60,000 in fuel costs per year, and is one of the initiatives that the $65 million USAID-funded Lebanon Water Project is providing to improve Lebanon’s public water services. USAID works with Lebanon’s Water Establishments, local communities, and private industries to promote conservation, encourage sustainable water usage practices, and preserve the Litani River.