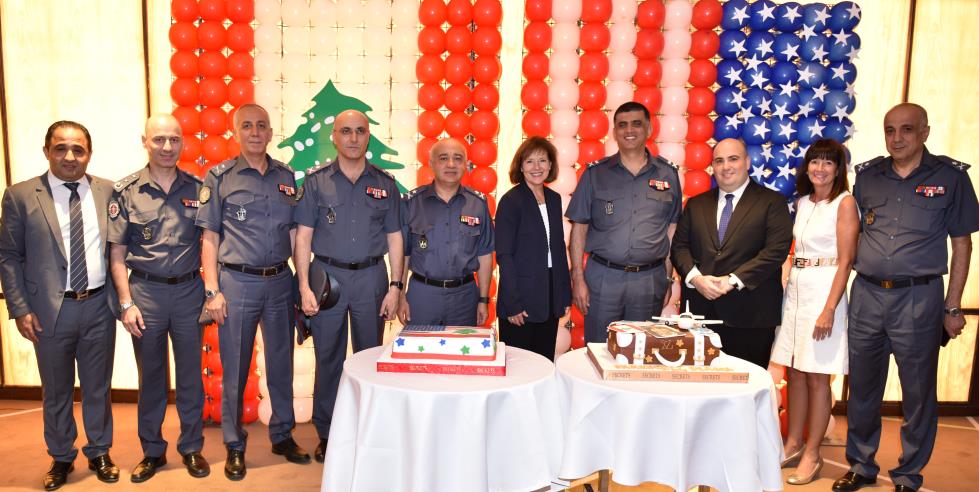 Ambassador Elizabeth Richard with Internal Security Forces (ISF) officials and Lebanese justice officials on August 2.  The United States values its strong partnership with the ISF and the Lebanese judiciary, and looks forward to continued collaboration on security and the rule of law.