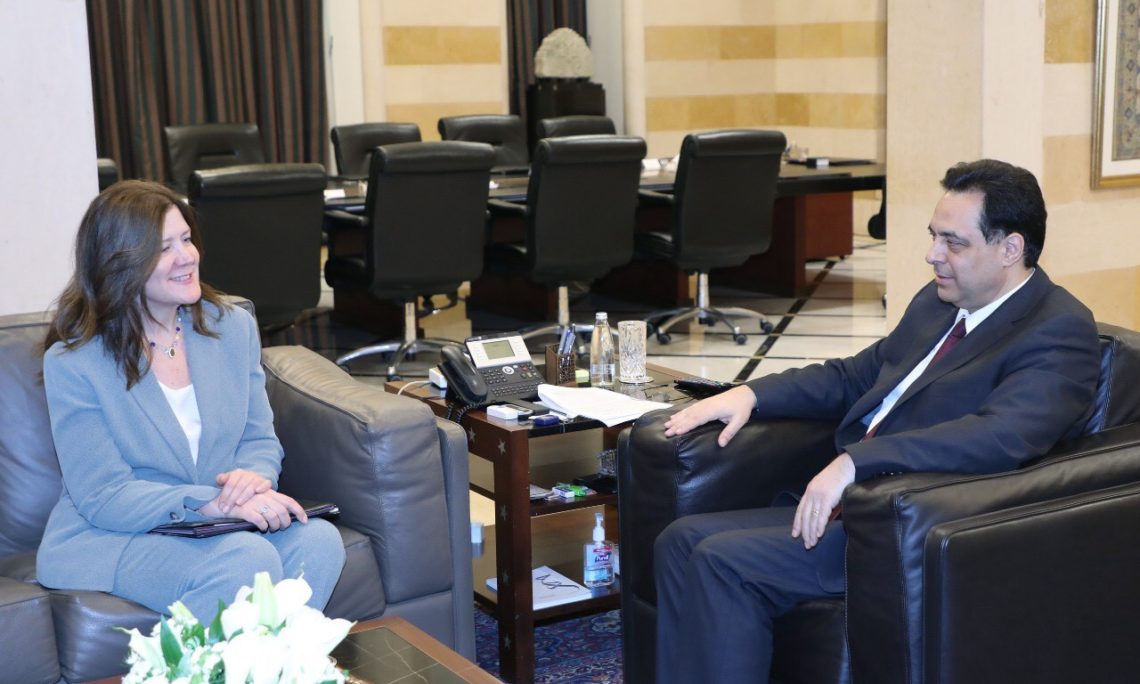 Good morning.  Sabah al-kheir.  I want to thank Prime Minister Diab—as well as President Aoun, Speaker Berri, and Foreign Minister Hitti—for their very warm welcome.  I am honored to serve as the U.S. Ambassador to Lebanon and to work alongside the Lebanese people, who are famous not only for their hospitality, but also for their resilience, diversity, and entrepreneurship.

Today I discussed with Prime Minister Diab the strength and potential of the U.S. partnership with Lebanon, and our shared stake in a Lebanon that is stable, secure, and sovereign.  This is a partnership that is vitally important not only to both of our countries, but to all of the countries in the region.

The people of Lebanon have rightly called for reform, an end to corruption, and the imposition of effective policies necessary to extricate Lebanon from its an unprecedented economic crisis.  The United States continues to back the protestors’ legitimate demands for economic opportunity, accountability, and transparency.  Only by meeting those demands can Lebanon initiate the difficult process of restoring international confidence.

The United States is proud to have been a committed partner to Lebanon since the 1800s.  We have deep ties in education, in business, in security, and in people-to-people and family relationships, including my own, that touch all walks of life.  We seek a bright future for the Lebanese people, who deserve a stable, secure, sovereign, and prosperous country.  We stand with the Lebanese people in encouraging their government to effect real change in its policies, and to chart a course that will earn the confidence of those it means to govern – and, in doing so, secure the support of the international community.

Thank you again for the warm welcome that you have extended me. Shukran.