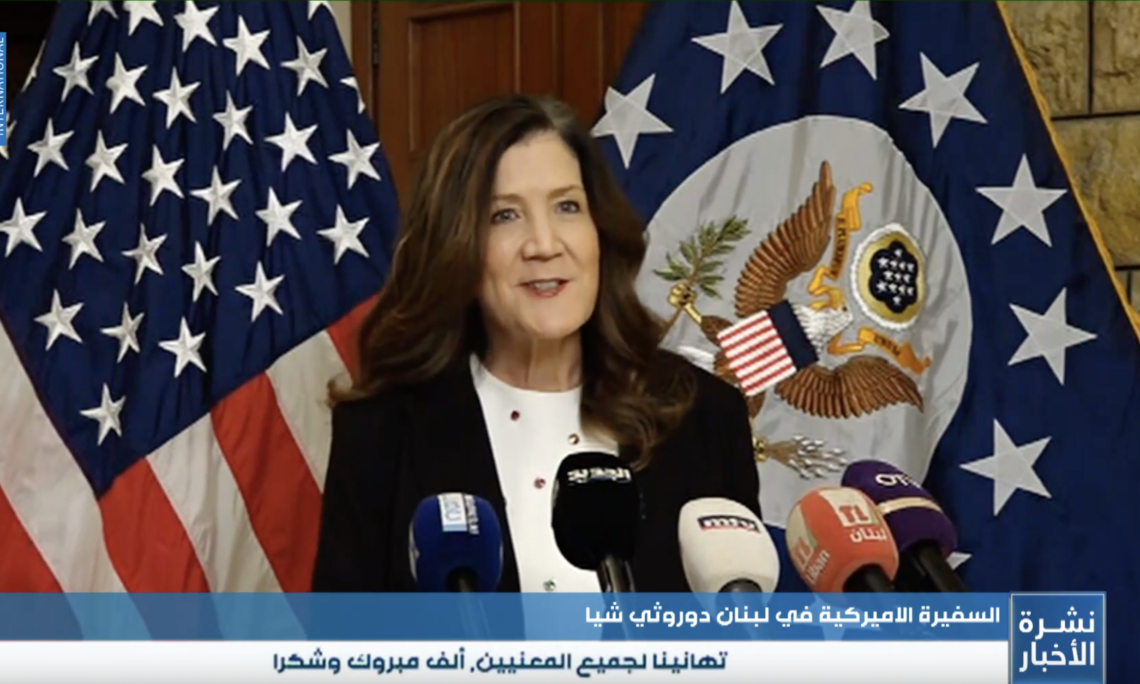 As President Biden announced in a statement just a short time ago, I am pleased to address you tonight following a historic breakthrough regarding demarcation of the maritime border between Lebanon and Israel.  After months of mediation by the United States, led by Special Presidential Coordinator Amos Hochstein, the governments of Lebanon and Israel have agreed to formally end their maritime boundary dispute and establish permanent maritime boundary between them.

I should begin by expressing to all those involved our profound gratitude, starting with President Aoun and his team; Speaker Berri, and his principal adviser; and Prime Minister Mikati.  And there are many others in the government who also played constructive roles in these negotiations… too many to mention by name. But I will single out the Deputy Speaker of Parliament for his tireless efforts.

The agreement your government and the government of Israel announced today will provide for the development of energy fields for the benefit of both countries. Your country can look forward to harnessing vital new energy resources.  This sets the stage for a more stable and prosperous Lebanon.  This agreement promotes foreign investment in your country, which is critical against the backdrop of the devastating economic situation.

The deal allows exploration and exploitation of known and future hydrocarbon fields, bringing new energy resources onto the global market in a manner that also promotes regional stability.  It will be important now that all parties uphold their commitments and work toward implementation of this deal.

Again, congratulations to all involved.