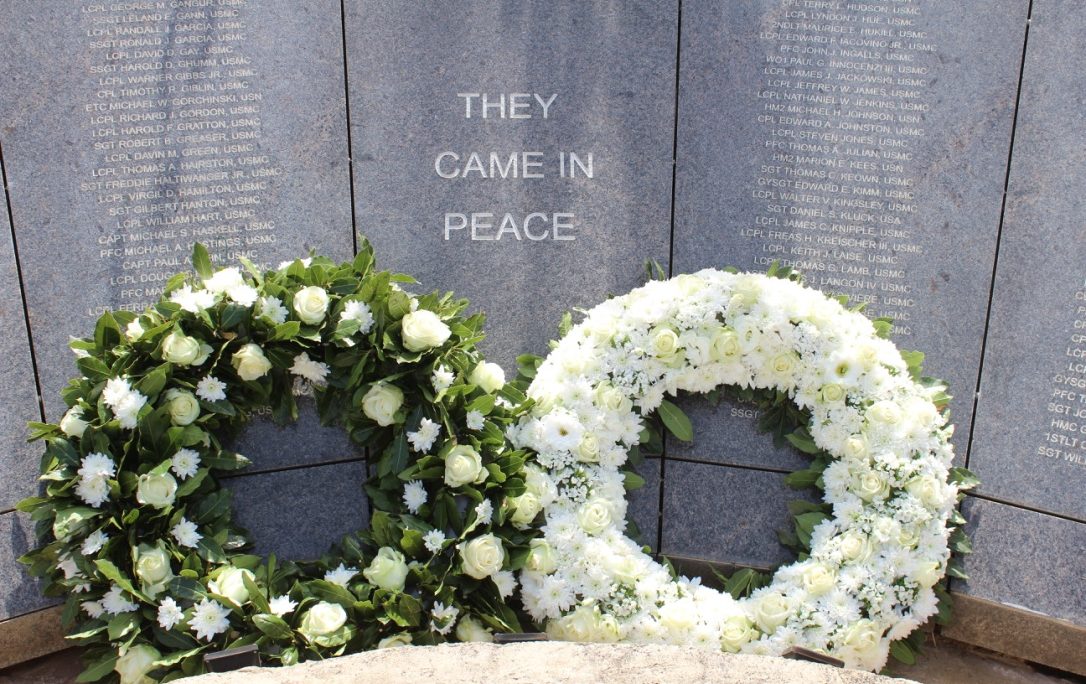 Thank you everybody and especially friends and family here with us today.
Every year, we do this ceremony. Today is a special occasion as it marks the 35th anniversary of the loss of 52 of our colleagues in a terrorist attack against our embassy. Those 52 American and Lebanese colleagues were our friends, co-workers, and loved ones. We not only honor those we lost, we honor those among us who survived this terrible attack.
Thirty five years ago, Lebanon was traumatized by terrible fighting that would continue another seven years. This country suffered greatly but the Lebanese people stayed strong in their commitment to ending the war and to building a better future. I have always believed we only see progress when we look in the rear view mirror. Many of you here with us today–current employees and visitors alike–remember those days. I invite you to not only think about those bad old days but to look around and see the changes in Beirut and differences from 35 years ago.
These changes are a testament to the people of this country and to their strength, resilience, and determination to build a better country than they knew 35 years ago. As we look around the region, we see that Lebanon is, in many ways, a model for its neighbors on how societies can emerge from terrible fighting, stronger in the end and able to come together in a way that is quite extraordinary. There has been an amazing amount of progress in 35 years but, as always, there is much more to do. In one month, Lebanon will hold elections. As I have said before, elections are about the future. Lebanon will decide the kind of leadership it wants. There is no man-made system on earth that is perfect and elections are no exception but I remind my Lebanese colleagues and friends that our colleagues and friends from 35 years ago, those who came before us, were working for this, for better, peaceful days, for prosperity and freedom, and for people to be able to decide their own government. While this is a work in progress, I cannot think of more important work. I am very proud on behalf of all of us who work here at the U.S. Embassy today to be able to support this work.

The names of those lost will be recited by current employees who have lost loved ones in attacks on our embassy: Naaman Tayyar, FCS, and Mohammad Ayash, Consular.

Please join me in a moment of silence to honor our colleagues.