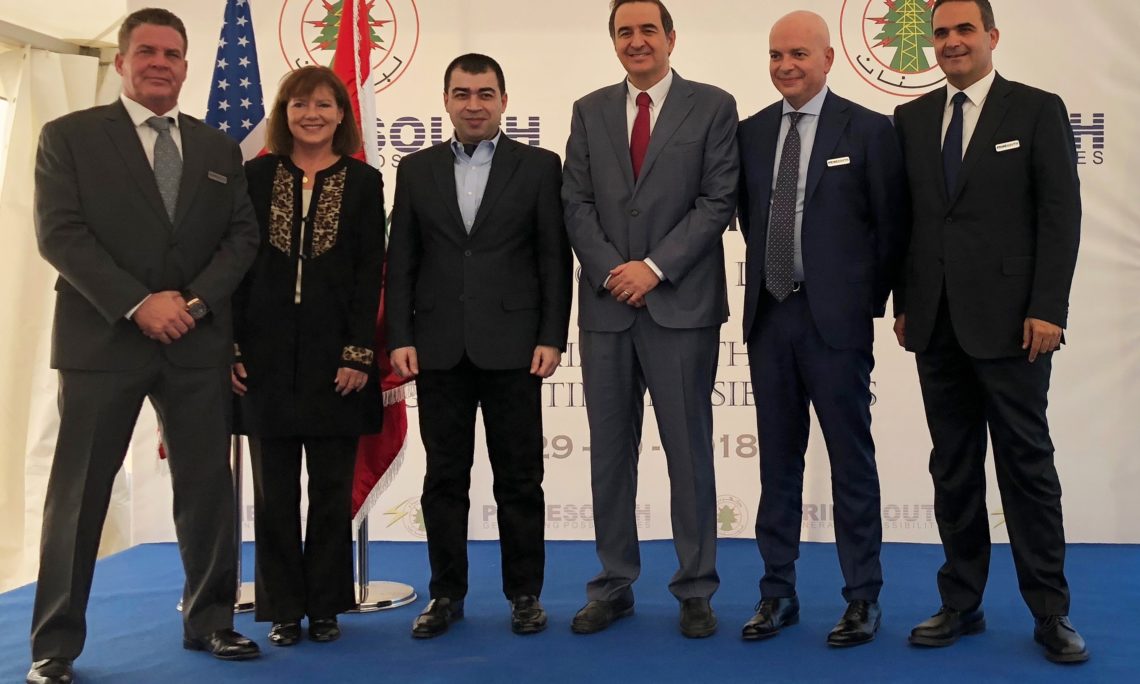 On October 29, Ambassador Elizabeth Richard visited Deir Ammar Power Station, operated by U.S. firm PrimeSouth in North Lebanon.  The U.S. company has invested $75 million dollars to rehabilitate the facility and an additional $45 million in Zahrani Power Station over the past two years.  Together, the power stations generate nearly half of Electricité du Liban’s (EdL) power supply.  This represents largest partnership to date between a private U.S. firm and the Government of Lebanon.

Ambassador Richard also called on the Mufti of Tripoli and the North, Malek el Shaar.  She thanked the Mufti for his important work on religious tolerance and with the youth in Lebanon’s second largest city.

Ambassador Richard concluded her visit by touring an agro-food processing facility at the premises of the Chambers of Commerce of Industry and Agriculture of Tripoli and the North (CCIAT).  USAID invested $266,000 to establish the food processing facility that classifies Lebanese extra virgin olive oil, tests and brands Lebanese honey, and freeze dries fruits for market.  These technologies will initially provide services to an estimated 300 local producers and traders per season.

Following are Ambassador Richard’s remarks during her visit to Deir Ammar Power Station:

Thank you everyone and it is great to be here today in the North, in Tripoli.  I am delighted to be with you all, especially Mr. Minister, the Director General of EDL Mr. Hayek, and all our distinguished colleagues, and guests.  I am really, really, pleased to be with you today to celebrate the rehabilitation of this power plant, which I think is a wonderful example of what a U.S. industry and the Lebanese can do when they work together.

Ladies and Gentlemen, I would like to say one thing up front.  It was little more than two years ago that PrimeSouth signed a contract to provide operations and maintenance here at Deir Ammar and also at the Zahrani power plant in Sidon.

As the minister said, it was the largest U.S. private sector transaction with the government of Lebanon.  And here we are.

I was very impressed by PrimeSouth’s early decision to enter the Lebanese market.  PrimeSouth is a pioneer in many regards.  By investing in Deir Ammar, they have demonstrated what can be accomplished when the private sector is allowed to work.   There is much more to do.

International experts, including the World Bank, have identified not only power generation shortfalls, but chronic underinvestment in the grid – the towers and transmission lines that move electricity to the customers.  This results in unsustainable losses.

American companies will see these areas as investment opportunities, and American technologies can deliver, just as PrimeSouth has done over the past two years.

The previous government recognized that infrastructure across Lebanon needs both significant reform and significant investment.  Ladies and gentlemen – these two things go together.

At the CEDRE conference hosted by the French last April, the international community pledged over $10 billion to help Lebanon address these long-neglected sectors.  But that money will not flow unless serious reforms are made – in subsidies, in procurement law, in transparency in contracting, and several other areas.

These reforms are not going to be easy and they will not be popular.  But they are necessary to improve the quality of services for the consumers who are going to benefit in the end.  It will require political courage by your elected leaders, and it will require active participation by the citizens of Lebanon to get this done.

But progress is possible – as we see today with the quick and effective refurbishment of this power plant.  There are private sector solutions that will deliver services more efficiently and more cheaply than what is happening now.

We want to help.  American companies want to invest here.   I think we can work together to make this happen.

Thank you very much for being with us today, and I am just delighted to celebrate the refurbishment of this plant. Thank you.