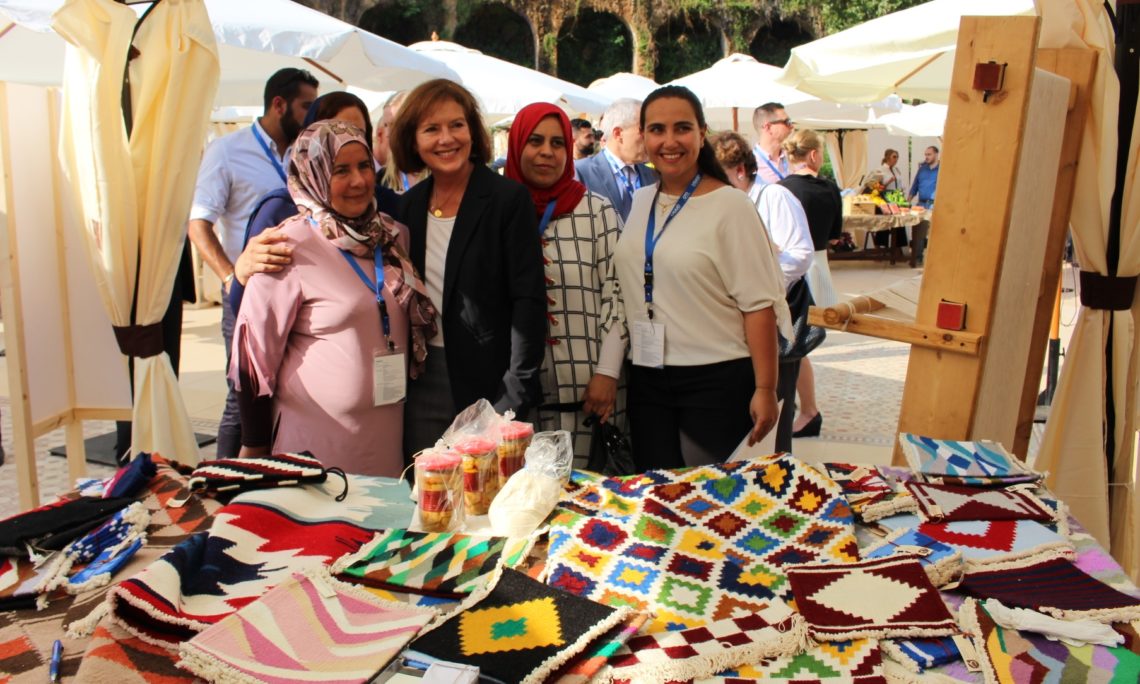 Ambassador Elizabeth Richard joined more than 300 guests on July 13th to celebrate the important work of USAID’s Office of Transition Initiatives’ (OTI) civil society partners in Lebanon over its 10-year program. The OTI program was initiated in 2007 to help Lebanon cope with emerging threats to its stability, and is successfully closing as scheduled in September 2017. The efforts of civil society partners and the increasing stability in Lebanon have created the conditions for the United States to shift these funds to longer-term, more standard approaches for development in Lebanon, and the OTI program’s closure will be followed by new USAID programming in the development sector.

Entitled “Tribute to a Decade of Activism: Partnering for a Brighter Future,” the event featured remarks from Ambassador Richard, OTI Director Stephen Lennon, and OTI partner Management Systems International Vice President Andrew Griminger, as well as a civil society exhibition, a photo and art exhibit, and music and dance performances. Attendees included representatives from local government, civil society, donors, the private sector, U.N. agencies, the U.S. Embassy, and other international embassies. The event paid tribute to the work of civil society partners as the transitional program reaches its scheduled closure, while looking forward to continued U.S. support for Lebanon.

In her remarks, Ambassador Richard stated, “OTI has helped communities pursue our shared vision in a number of vital areas, including support for public services and infrastructure, and training for youth in conflict mitigation and civic education. OTI has also championed moderate voices, helped to create inclusive public spaces, and provided income generating opportunities for local businesses and youth.” Ambassador Richard reaffirmed the continued investment of the United States in Lebanon’s future after the OTI program concludes in September. “Though the OTI program is ending, the U.S. Government, through USAID, remains committed to funding these types of activities that support communities and civil society.”

Since the beginning of its Lebanon program in 2007, OTI has worked with nearly 550 local partners to complete more than 760 projects at a cost of $104 million. With a focus on local communities, OTI emphasized a commitment to building a vibrant civil society and empowering youth to achieve a positive future. OTI held more than 21,000 events to strengthen understanding between groups, and its small-scale infrastructure projects benefited more than a million people. Although OTI has completed its ten-year mission, USAID will continue working with civil society and local communities in a wide range of programs.