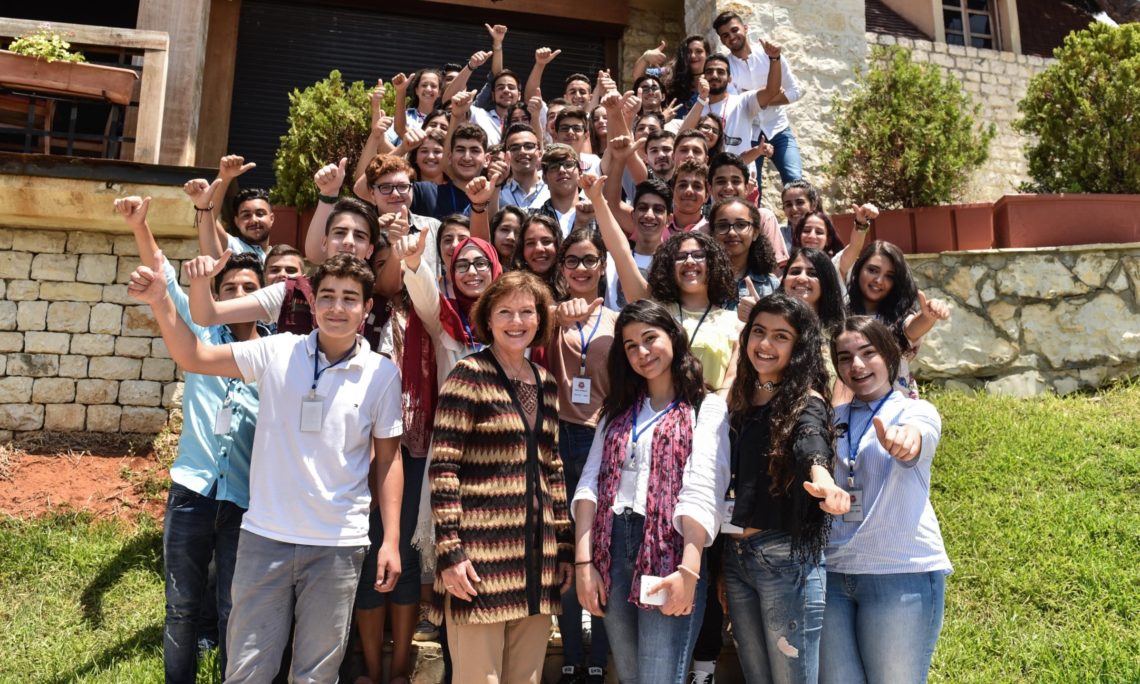 On June 29, 2017, Ambassador Elizabeth Richard joined 56 bright, energetic young Lebanese scholarship winners and their families for an American-style barbeque.   The students are all participants in the U.S. government’s Youth Exchange and Study (YES) program.

Ambassador Richard welcomed back to Lebanon 26 YES students who recently returned from the United States and said farewell to 30 students from throughout Lebanon who will travel to the United States later this summer to be young “ambassadors” for Lebanon during their year-long program.

Since the program began in 2003, more than 400 Lebanese youth have spent an academic year in the homes of American families, studying in high schools throughout the United States.

Upon their return to Lebanon, YES students become part of an alumni program that gives them the chance to apply what they learned during their year in the United States.  The youth will work together in service projects and extracurricular activities that will benefit their home communities.