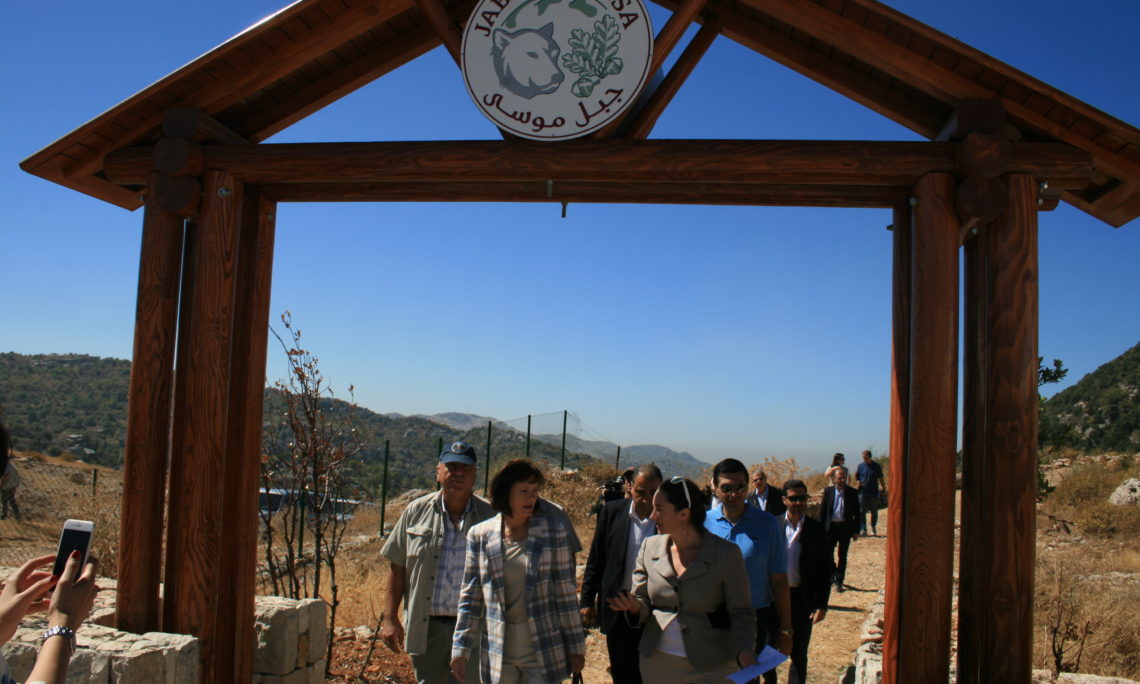 U.S. Ambassador to Lebanon Elizabeth Richard participated in the opening ceremony for a new cultural trail at the Jabal Moussa Biosphere Reserve. The restoration of this historic trail was a collaboration between the U.S. Embassy and the Association for the Protection of Jabal Moussa, which received a $100 thousand grant from the Ambassador’s Fund for Cultural Preservation. This fund supports the preservation of Lebanese cultural sites, cultural objects and collections, and various forms of traditional cultural expression.

Ambassador Richard emphasized that America has a close partnership with Lebanon, working to support a healthy, stable society through development projects, humanitarian aid, and security assistance. She noted that the Jabal Moussa project represents an intersection of cultural, environmental and economic development. The project preserves a beautiful environmental area, promotes the Lebanese cultural heritage, and will bring economic benefits through tourism in the area.

The Ambassador also announced that a new grant has been awarded through the Ambassador’s Fund for Cultural Preservation to the Ministry of Culture’s Directorate General of Antiquities, for the conservation of historic mosaics at the Eschmun Site in Saida. She pointed out that the U.S. Government has provided more than one billion dollars in development assistance to Lebanon since 2007 for education, economic development, and water infrastructure, and that almost half a million dollars in grants have been invested in the Jabal Moussa biosphere project.