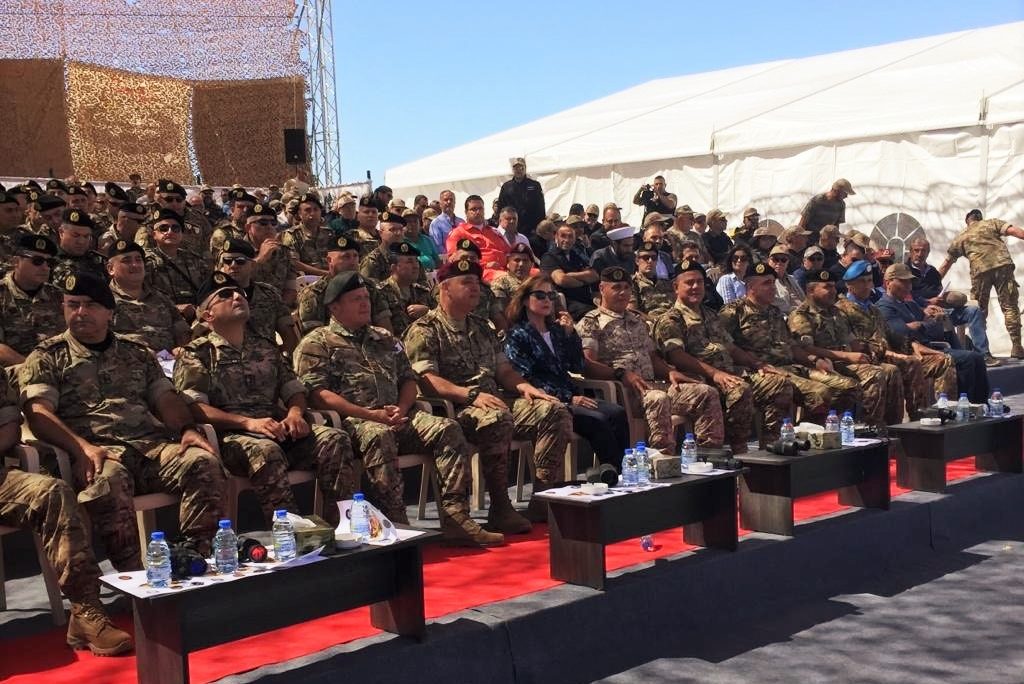 On August 21, Ambassador Elizabeth Richard and U.S. military representatives attended a live-fire exercise conducted by the Lebanese Armed Forces (LAF) at the Akoura military complex.  In remarks to the press, Ambassador Richard congratulated the LAF for demonstrating outstanding professionalism and sophistication in safely executing complex maneuvers using advanced-technology weaponry and equipment, calling the live-fire exercise an “extremely challenging operation with lots of moving parts,” and noting that “the communication among all of the elements was extraordinary.” Ambassador Richard stated “it was my honor to be a guest of the LAF,” adding that “we are firm believers in this army and I hope every Lebanese believes in this Army, as well.”

The live-fire exercise employed a variety of military equipment, including Bradley vehicles, A-29 aircraft, Huey helicopters, and Humvees, to perform a broad range of air and ground maneuvers, including surveillance, attack, and search-and-rescue operations. The military equipment provided through U.S. military assistance is maintained and operated by Lebanese soldiers and airmen, demonstrating the capacity of the LAF to generate trained and ready forces for operations, the core goal of the U.S.-Lebanon Protected Mobility Program.  In comments to the press, the Ambassador highlighted last week’s delivery of Humvees and security equipment, valued at over $60 million. Since 2006, the U.S. government has provided Lebanon over $1.7 billion in security assistance.